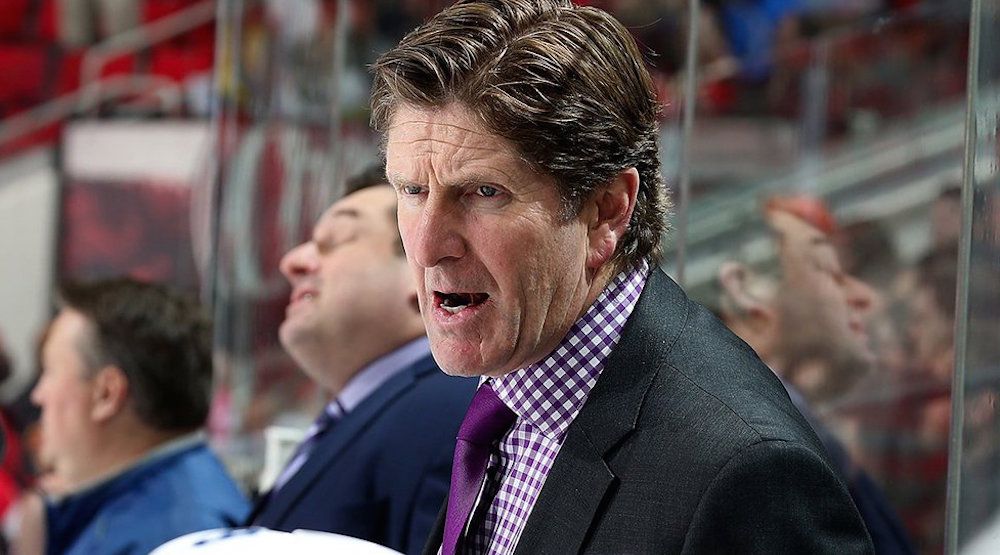 Add another member of the Toronto Maple Leafs who will be attending the NHL Awards in Las Vegas on June 21st.

After Auston Matthews was nominated for the Calder Trophy last week, Leafs head coach Mike Babcock has been named a finalist for the Jack Adams Award, it was revealed on Wednesday.

Babcock, along with Todd McLellan of the Edmonton Oilers and John Tortorella of the Columbus Blue Jackets, are up for the annual award given to the coach that has “contributed the most to his team’s success.”

Babcock has a strong case to win the award.

The Leafs bench boss, who promised painful days ahead to the team’s fanbase, got his young team into the playoffs in just his second season at the helm. Toronto became the first team since the Philadelphia Flyers in 2007-08 to qualify for the playoffs the year after finishing dead-last in the NHL standings.

With 95 points, the Leafs improved their point total by jaw-dropping 26 points, and they did it with a rookie-filled lineup. Six first-year players suited up for at least 70 games for the Leafs in 2016-17, a first in league history.

This is the third time Babcock has been nominated for the Jack Adams, but remarkably, the highly thought of coach has never won the award. The former Detroit Red Wings coach finished second in 2013-14 and third in 2007-08.