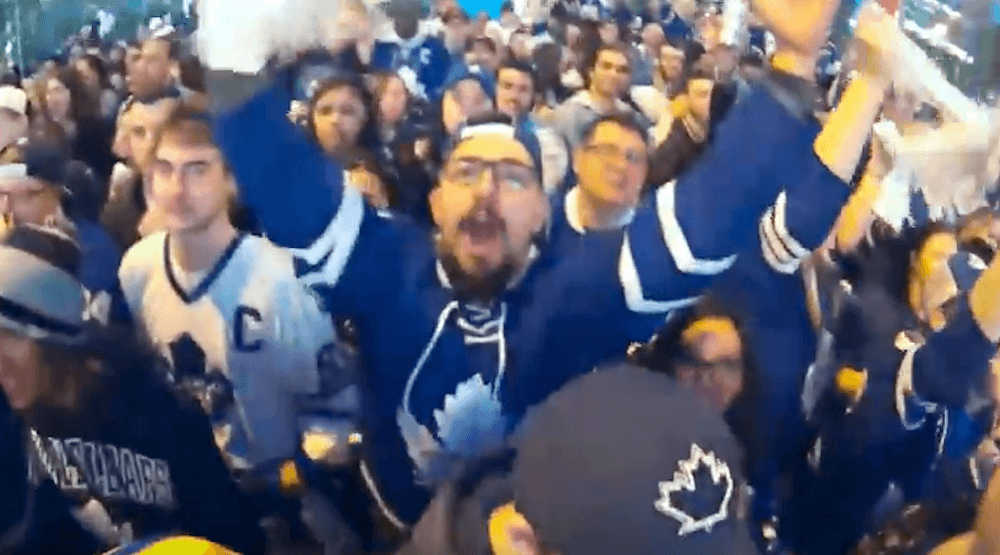 For just the second time in 13 years, the Toronto Maple Leafs found themselves battling in the NHL playoffs.

Although the run lasted just six games, Leafs fans enjoyed every moment of it.

For the duration of their first round series against the Washington Capitals, thousands of fans flocked to Maple Leaf Square just outside of the Air Canada Centre to watch their favourite team on the big screen.

We were there on Sunday, video camera in hand, to film all of the madness.

Here’s a look at the fan reaction before, during, and after the game at Maple Leaf Square.