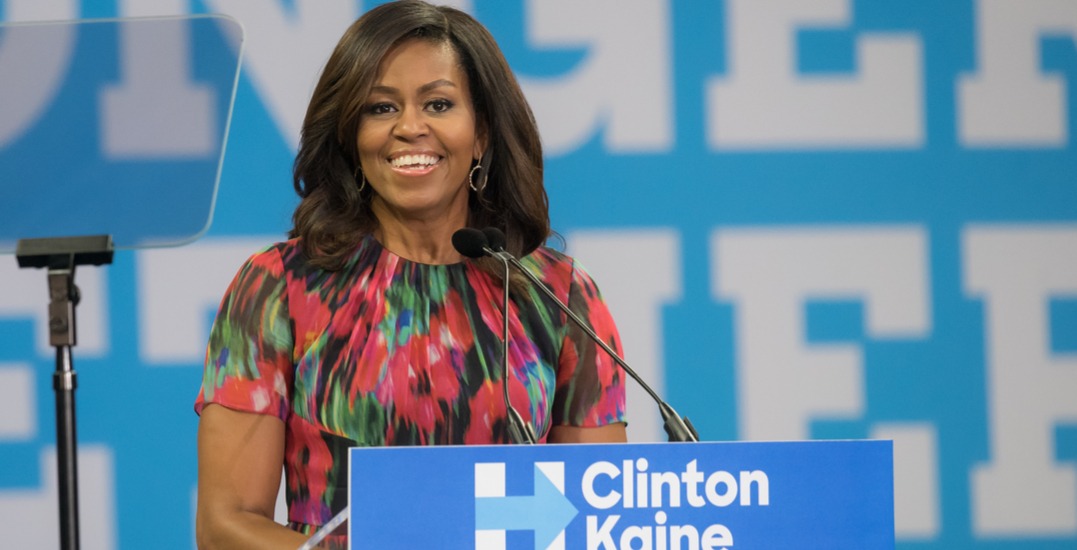 She launched her “Let Girls Learn” campaign in conjunction with activist Malala Yousafzai in 2015 and now the former first lady will be in Toronto later this month to discuss pushing education and equality for girls and women.

Co-hosted by the Economic Club of Canada and Plan International Canada, the exclusive event will be held in Toronto at the Mattamy Centre.

For each of the 1,500 tickets sold, a seat will be provided to a girl or woman aged 14 to 24 for free. Interested applicants can submit their entry at the Plan International Canada website starting Wednesday, and the seats will be made available through a lottery system.

Tickets for the Toronto event will go on sale to American Express cardholders on Wednesday, November 8 at 10 am and to the general public on Friday at 10 am.