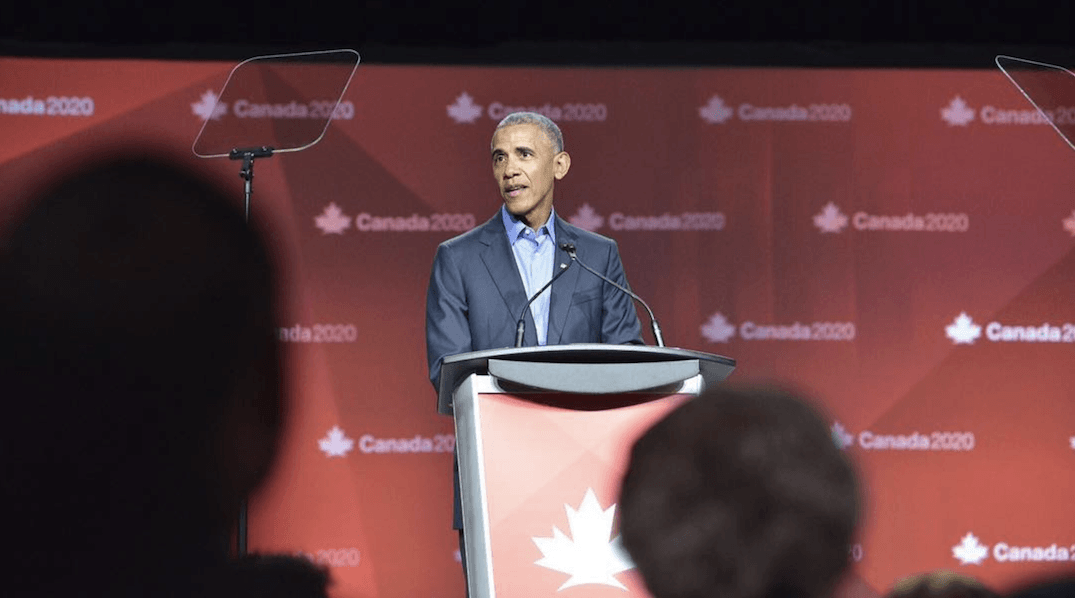 In case you didn’t hear, Barack Obama was in Toronto today.

The former US president spoke at a lunchtime event at the Metro Toronto Convention Centre hosted by Canada 2020, an Ottawa based think-tank.

“No surprise Barack Obama chose Toronto as venue for a speech about tolerance, leadership & engagement,” said Tory. “We have the eyes of the world on us when it comes to diversity, inclusion and innovation.”

Welcome to Toronto @BarackObama. We’re proud to have you here. #Canada2020 pic.twitter.com/LVwq4Yykwr

Obama also sat for an on-stage discussion following his speech.

Since most of us couldn’t be there, check out some photos from the event.