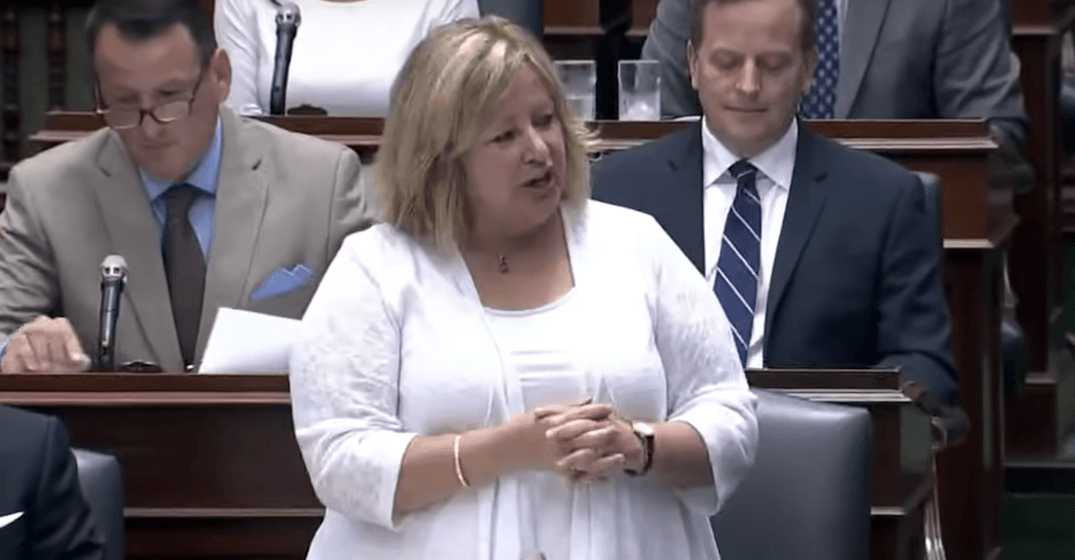 Days after the Ford government announced it would be reverting to Ontario’s 1998 sex education curriculum, the Minister of Education seemed to backtrack that statement at Monday’s Question Period.

Minister Lisa Thompson said that the new PC government would be supporting students, after being accused of making a dangerous decision by the opposition.

“This government’s dangerous decision to repeal the updated sexual health curriculum is dragging Ontario backwards,” said NDP’s Peggy Sattler. “It is a harmful decision that puts children and youth at risk.”

She continued to say that the people of Ontario understand that this was a “backroom decision to appease a small circle of socially conservative insiders at the expense of our children’s safety.”

In response, Thompson contradicted what the PCs had indicated earlier, which was that this September, students would be taught the previous sex-ed curriculum implemented in 1998, rather than the curriculum that was instituted by the Liberals in 2015.

“Contrary to what was reported last week we are going to stand firmly in support of students and the realities they face in 2018,” Thompson said at the legislature.

While the PCs continue to go back and forth on the issue, a march has been planned by the Women’s March Canada and March for Our Education for this weekend in Toronto.

“Doug Ford today announced that he is trashing the updated, well-researched 2015 Sex Ed Curriculum and replace it with the previous 1998 curriculum,” states the event post. “Ford also CANCELLED plans to update the curriculum with Indigenous Content. This is an unprecedented assault on students’ right to a fair and up to date education and is a deliberate insult to the LGBTQ+ and Indigenous communities of Ontario.”

Organizers of the event are demanding that the 2015 sex education program be restored, and the curriculum be rewritten as previously planned to include Indigenous content.

“We must stop the Ford government from trampling on the education of our students and insulting and degrading communities across the province.”

The march is planned for July 21 at 11 am, and will take place at Queen’s Park.