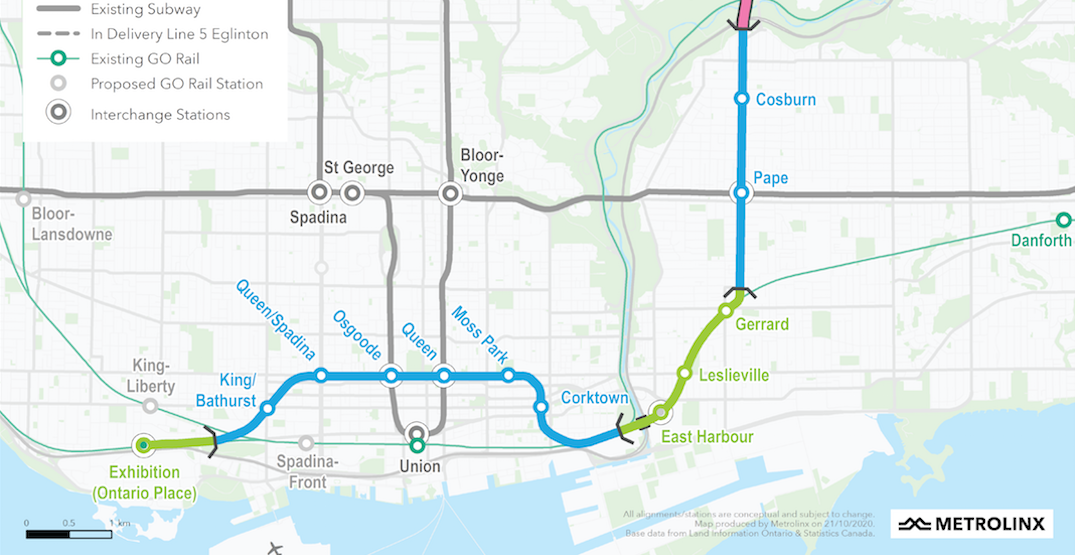 New changes have been proposed for the above-ground portion of the upcoming Ontario Line.

Metrolinx is considering a design change for the at-grade two-kilometre stretch of the subway line between East Harbour and Gerrard that would see the tracks laid in a different place than originally planned. 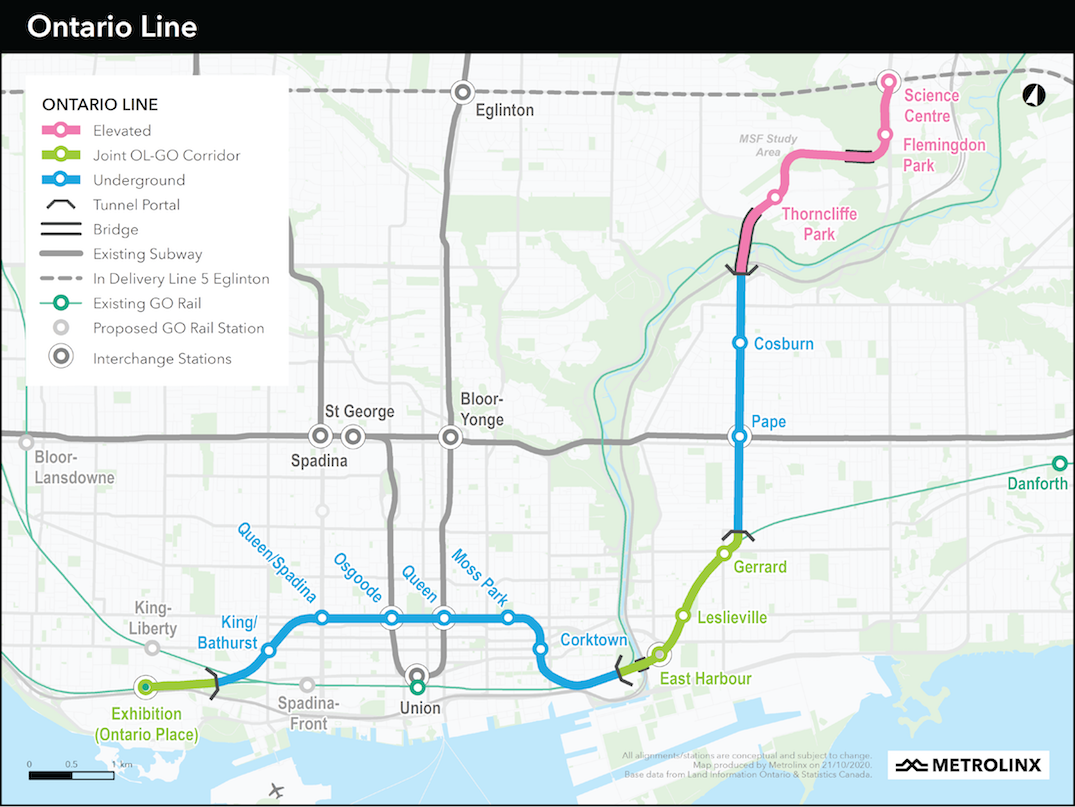 Metrolinx spokesperson Anne Marie Aikins says that Metrolinx committed to looking into alternative alignments for the Ontario Line after they were asked to do so by Councillor Paula Fletcher and local residents concerned about protecting the parks in Leslieville and Riverside.

“Essentially, the idea is to make maximum use of the space in the existing GO corridor, which will mean we can further protect parks and green space. It is all part of our efforts to incorporate public feedback and continuously refine our plans so that they’re a better fit for communities and customers.”

For the past several weeks, the Metrolinx team has been working to coordinate with City staff and GO to finalize the adjustments and is planning to bring the formalized plan to the community in mid-April.

These changes are not expected to cause any delays to construction or increase overall costs. Work in the Riverside area is expected to begin in summer 2022 following the completion of two environmental assessments.

The Ontario Line changes are not yet set in stone, and Aikins says there will be many more opportunities for the community to provide feedback on the design.