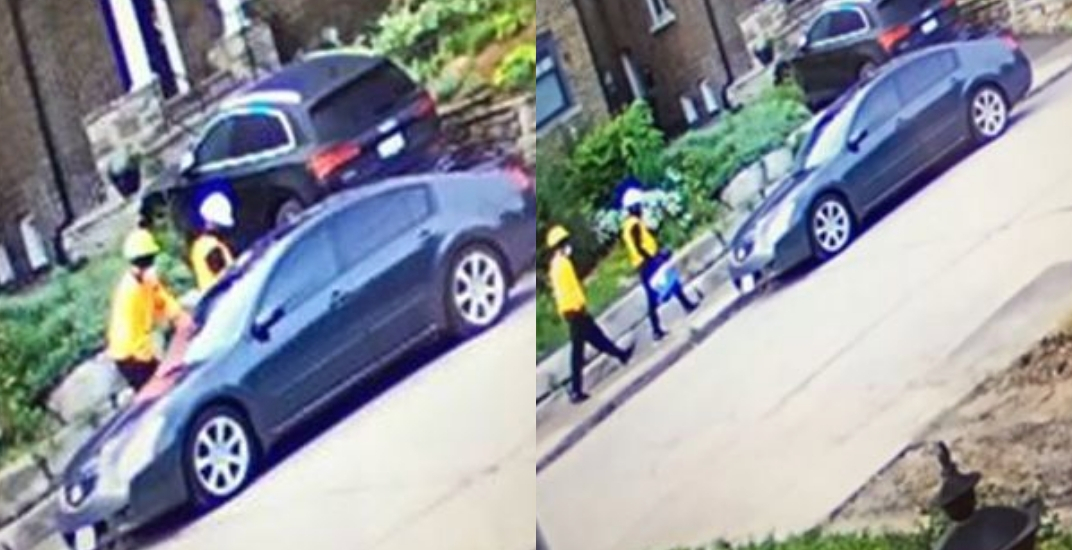 Toronto police have requested the public’s assistance identifying three men in connection to a violent home invasion and robbery.

According to police, on Thursday, September 27, a 67-year-old man answered a knock at the door of his home in the area of Eglinton Avenue West and Yonge Street just after 7 am.

Police say the men forced their way into the house and demanded money from the man before tying him up and assaulting him.

The three men ransacked the house and fled without obtaining anything.

The victim was able to free himself and contact the authorities, however, police say he sustained severe injuries.

The suspects are described as black, in their mid-twenties, and tall. They were dressed in construction clothing, yellow or white hardhats, black pants and carrying a blue and white cooler.

The suspect’s vehicle is described as a dark grey/blue 2007 or 2008 Nissan Maxima, and was parked on a side street.