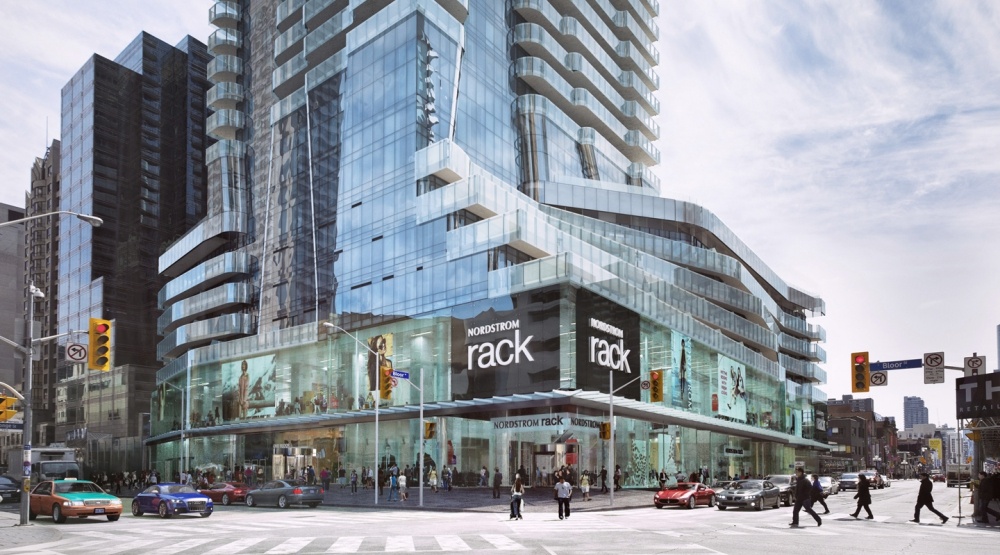 Condo dwellers at Yonge and Bloor won’t have to stray too far to stock the kitchen soon. Retail Insider reports, celebrity Chef Mark McEwan is opening a third location of his gourmet grocery concept, McEwan at the condo under construction at One Bloor East.

Slated to span two levels and offer over 18,000 square feet of retail space, the new project is expected to offer a selection similar to existing outlets at CF Shops at Don Mills and at Toronto’s TD Centre which are known for their abundance of prepared foods, grab and go options, and gourmet groceries.

Construction is expected to commence spring of 2018 and be completed later that year. At the same address, McEwans will join Nordstrom Rack as well as additional tenants that have yet to be announced.