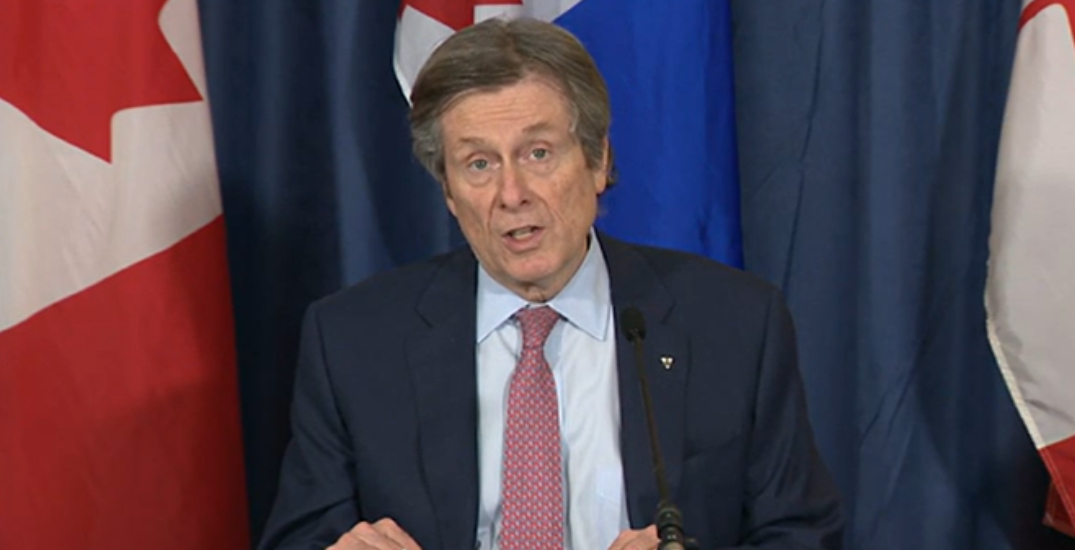 A report from the United Jewish Appeal of Greater Toronto found that more than 50 anti-Semitic incidents were reported in the GTA in May.

This is five times the previous monthly average of 2021.

“I want to be very clear that anti-Semitic acts are absolutely unacceptable and will not be tolerated in our city,” Mayor Tory said in a statement issued on Wednesday. “I have heard the valid concerns of the Jewish community, and I stand with them against this hatred.”

The statement continued: “We will not let hatred take root in our city, and we will not let it grow. This is why our Toronto For All public education initiative this year will target anti-Semitism and why we have worked to put in place policies to stop hate rallies in our city.”

“I urge anyone who witnesses an act of hate against our Jewish community to report it to police and to never be afraid to stand up to anti-Semitism,” he said.

According to the UJA report, the “five-fold spike” is tied to recent hostilities between Israel and Hamas, which have resulted in increased anti-Israel activism across the country.

Earlier in May, Toronto police arrested and charged two people after more than 5,000 people gathered in Nathan Phillips Square to protest violence against Palestinians in Gaza.

Police were also investigating footage that was circulating on social media of a man being assaulted by several people outside of Nathan Phillips Square.

“Over the past few weeks, we have seen a critical mass of incidents that overwhelmingly confirm that our Toronto Jewish community has experienced an alarming surge in antisemitism,” Adam Minsky, President and CEO of UJA Federation of Greater Toronto, said.

“This isn’t the first time that escalations in the Israel-Hamas conflict have been used as an excuse to spread hatred of Jews. But the volume and vicious nature of the recent incidents we’ve seen right here in our city should be a wake-up call for all Canadians.”

Blue squares also began popping up on Instagram from users across the world in solidarity with the Jewish community.

Thousands of Instagram posts have been shared with #BlueOutFriday to take a stand against anti-Semitism.