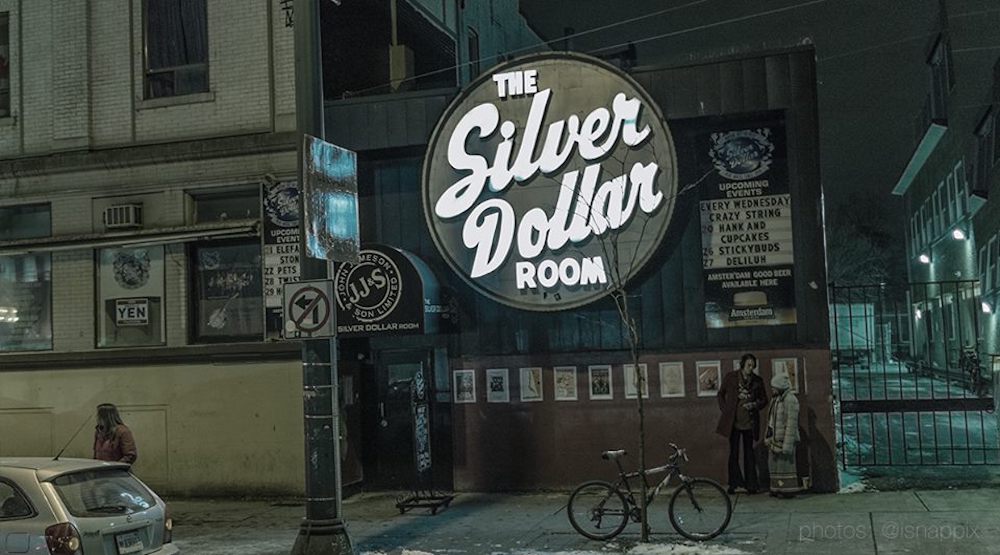 Another Toronto venue is shutting its doors.

Just weeks after The Hoxton announced it was closing for good, the Silver Dollar Room followed on its heels.

In an event post for a show on February 25, organizers confirmed the popular music venue is closing in May.

“Due to some more foul planning moves on the part of the City of Toronto, as we understand it, The Silver Dollar Room is closing in May,” stated the event.

The news comes just over two years to the day that the building itself, at 484 Spadina Avenue, was designated as a “cultural heritage value or interest” by the City of Toronto.

The Silver Dollar Room has been a historical spot for music in the city for nearly six decades. Leading up to its cultural designation, the City of Toronto wrote about the “cultural heritage value” that the music venue provides:

The Silver Dollar Room has associative value as it is historically associated with the development and growth of music in Toronto, particularly the genres of jazz, blues, rock and bluegrass, from the 1950s through to the present day. One of its most significant roles has been as an incubator for musical talent. From the 1960s onwards, it has often functioned as a workshop for new and sometimes struggling musicians, both local and transient, to sit-in with more-established musicians, to develop their music and to build up a following. Furthermore the Silver Dollar’s international reputation allowed local bands to be booked internationally. Musicians associated with the Silver Dollar Room include John T. Davis, Tommy Okie and Jim Heineman, Grammy award winner, Bobby “Blue” Bland, Juno-award winners Fathead and the Downchild Blues Band, the Deadly Snakes and Death from Above 1979, Blue Rodeo bassist Bazil Donovan and the Foggy Hogtown Boys. The Silver Dollar was featured in a video by Juno-award winner Jeff Healey and in live recordings by Fathead and Curley Bridges.

The Silver Dollar Room has contextual value as a landmark in Toronto by virtue of it being a well-known, long-standing destination for live music with an international reputation. Since 1958 the Silver Dollar Room has made an important contribution to Toronto’s musical culture along with other venues on Spadina Avenue such as Grossman’s Tavern, the El Mocambo and just east of Spadina on Queen Street West, the Horseshoe Tavern. It is important as it maintains this particular aspect of the cultural character of Spadina Avenue. The Silver Dollar Room is therefore historically, physically, functionally and, with its large circular sign, visually related to its surroundings.

While this was the case in 2015, it is unclear as to the reason the venue is shutting down this year.