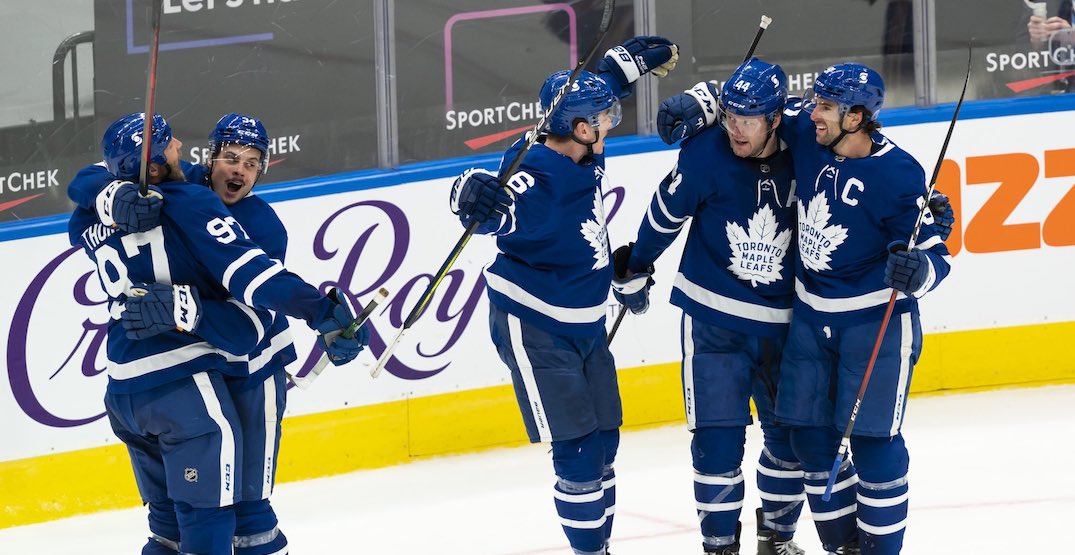 The Leafs are back.

The Toronto Maple Leafs defeated the Montreal Canadiens 5-4 in overtime for their first win of the season on Wednesday.

This was the Leafs first game since August 9 when they lost to the Columbus Blue Jackets in the qualifying round of the Stanley Cup playoffs. It was also their first regular season win in over 10th months, when they beat the Tampa Bay Lightning at home on March 10 — before the world shut down.

So yeah, the 748th meeting between these two original six teams meant just a little bit more. And the rivalry always carries an extra sense of hostility.

However, the Leafs looked very lazy for the first part of this game. They let Montreal win many puck battles, and the Habs took a three to one lead on the Leafs midway through the second period.

Things changed when new Maple Leaf Wayne Simmonds and Ben Chiarot fought. After the fight, Simmonds gestured to the bench to motivate the team which Leafs star forward William Nylander called the “turning point” in the win.

From that point on, the Leafs were able to outscore the Habs 4-1 to come back and take this game from their longtime rival.

The buds were led by Nylander and Captain John Tavares, who each had three points to lead the team to victory. After the win, it’s safe to say that Leafs nation was very happy about the start for the blue and white.

Put a much needed smile on my face tonight. Thanks @MapleLeafs. Welcome back. Thanks for the win.

Can we start planning the parade route?

How do I save this forever