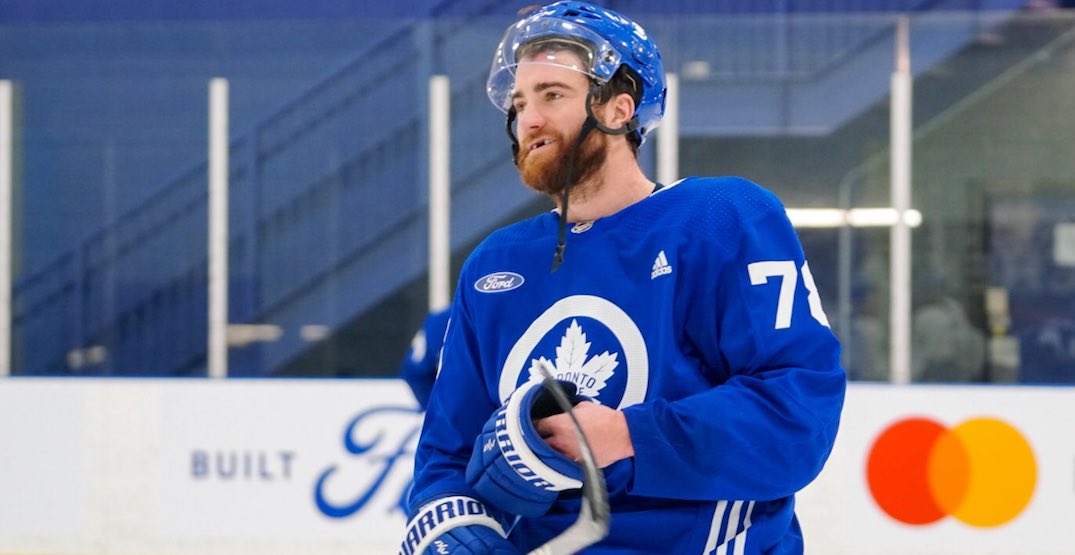 Ask anyone what the biggest problem with the Toronto Maple Leafs has been, seemingly for, well, the last decade or so, and it’ll be a pretty unanimous answer. Despite whatever offensive stars have come and gone through Toronto, one problem has remained consistent: they’ve always been a bit of a tire fire defensively.

Even though they’ve had some pretty decent goaltending — Frederik Andersen, James Reimer, Jonathan Bernier have all had their moments — any recent Leafs goalie has had trouble keeping the puck out of their net at even a league average rate mostly due to the high volume of shots the team gives up year in and year out.

However, there’s reason to believe this could be the year the Leafs back-end finally turns it around. A trio of new acquisitions paired with keeping the right guys around could lead the Leafs to having a very solid defensive corps in the sprint that is to be expected in the 2021 season, while a group of Leafs veterans in Morgan Rielly, Jake Muzzin and Justin Holl round out the defence.

Here’s a look at the five Leafs d-men with the biggest microscopes on them this season:

The biggest get on the blue line is veteran right-side defenceman TJ Brodie, who signed with the Leafs after playing his first ten seasons all with Calgary. A native of Chatham, Ontario, Brodie is entering his age-30 season and is slotted in to start the opener on the top pair alongside Morgan Rielly.

Brodie should bring some defensive stability as essentially a replacement for the one-year tenure of Tyson Barrie, who performed well enough offensively but left much to be desired in his own end.

Mikko Lehtonen has the potential to be one of the league’s biggest bargains if all goes well. A KHL all-star last season and the league’s top point-getter amongst defencemen, the 26-year-old Finnish defenceman is making the move over from Helsinki’s Jokerit club on a one year deal.

Speaking about what he brings to the table, Lehtonen’s former national team coach Lauri Marjamaki said in an interview with Sportsnet:

“He can play a tight defensive game because he’s such a good skater and … can win [a battle] with the forechecker, especially, and make breakouts under the pressure.”

However, there’s also the possibility that Lehtonen’s tenure could be reminiscient of another ex-Leaf signed on a one-year deal out of the KHL.  Though he’s since moved on to Ottawa via trade, Nikita Zaitsev showed promise in his rookie year before being locked down to a seven-year deal that he’s never quite lived up to.

In the 2019-20 season, Zach Bogosian had one of the weirdest NHL seasons, well, ever.

After the Buffalo Sabres assigned Bogosian and his $5 million salary to the minors, he cleared waivers but refused to report to the AHL. This resulted in a mutual contract termination, meaning Bogosian forfeited the remainder of his salary. It couldn’t have worked out better for him, however, as he subsequently joined the Tampa Bay Lightning and ended up a Stanley Cup champion this past summer.

He isn’t much of a needle mover, but can likely be played in a role that maximises his strength and puts him in a position to succeed.

Sandin is likely the biggest wildcard of the bunch. On the second year of his entry-level contract, the 2018 first-round pick Sandin still has a ton of room to grow and all the potential in the world to become a staple on the Leafs’ blueline, averaging just over 14 minutes a night in his debut year.

But where exactly he starts and ends the season is still up in the air, and he still has work to do before earning the trust of head coach Sheldon Keefe on a nightly basis.

It’s a make-or-break season for the suddenly 24-year-old Dermott, now in his fourth year in the league. He’s never stuck in the Leafs’ top four or played more than 17 minutes a night, and if he only maxes out as a bottom-pairing defenceman, it’s safe to say that would be a bit of a disappointment from a player who showed a lot of promise in his first year and a bit in the NHL.

However, he’s still making under $1 million and has shown flashes of everything you’d like from a modern NHL d-man: strong skating, good vision, and an ability to close out shooting lanes. If Dermott has a strong year, he’s got a great chance to be a top contributor and fan favourite amongst the Leafs faithful.