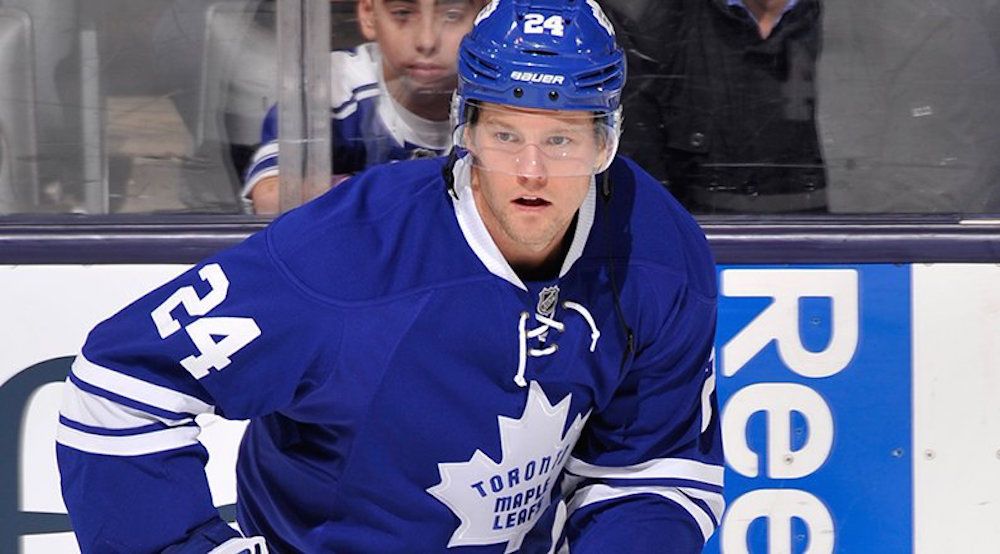 The Toronto Maple Leafs have trimmed their roster by one, sending Peter Holland to the Arizona Coyotes on Friday.

The Toronto native has been with the Leafs since the 2013-14 season, but has suited up for just eight games for the team this season in very limited minutes. The 25-year-old will likely see more ice time with the Coyotes.

The Leafs meanwhile, get a conditional sixth-round draft pick in 2018, though it seems unlikely the condition will be met.

If Peter Holland is re-signed or traded by #coyotes, the #leafs get a 2018 sixth-rounder. If not, they get nothing.

Arizona will have incentive not to re-sign the pending restricted free agent because it’s likely they could find a replacement in the offseason that wouldn’t cost them a sixth rounder.

More importantly though, the Leafs now have an open roster spot.

That spot is likely reserved for 23-year-old Josh Leivo, who has been on non-roster injured reserve for the last few weeks.

With Peter Holland traded to Arizona, expect Josh Leivo will be activated to roster and Maple Leafs will be at 23 players

A third-round pick in 2011, Leivo has spent the past three seasons with the Toronto Marlies, while earning a few call-ups along the way. That included a 12-game stint with the Leafs in which he scored 5 goals.

With Leivo ready to return, the Leafs needed to open a roster spot, and Holland was that spot.

Holland was likely not surprised by being moved, as this seemed to be a matter of when, not if.

That goes back to late November when Leafs GM Lou Lamoriello told Holland to stay home during the team’s recent three-game road trip, stating he would do his best to find a suitor for the disgruntled forward.

Holland played a total of 174 games in his four-season stint with the Leafs, scoring 25 goals and adding 38 assists.

Though he’s now off to Arizona, Holland will be back in Toronto in less than a week when the Leafs host the Coyotes on December 15th, and you can bet he’ll be looking to make an impact against his former team.