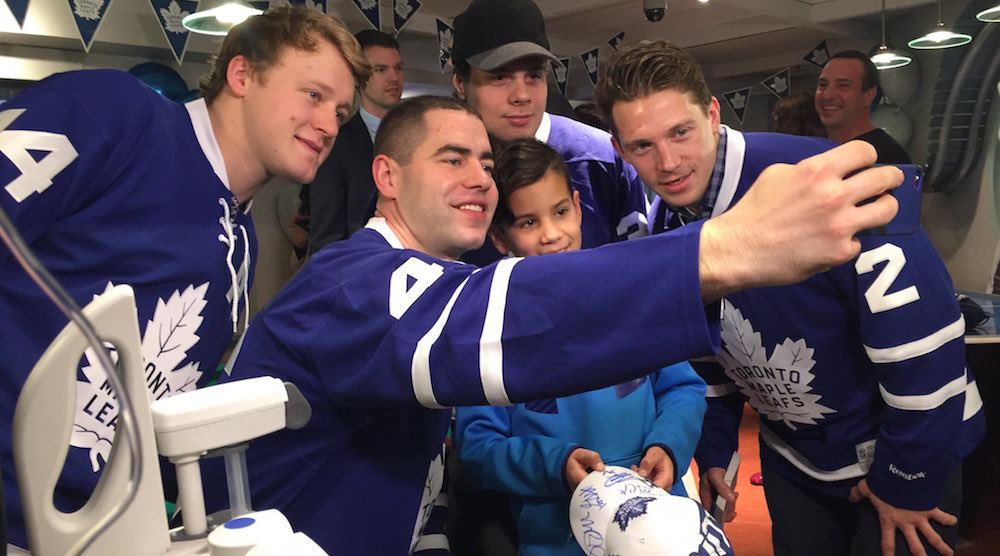 The Toronto Maple Leafs made their annual visit to Sick Kids Hospital on Monday, putting a smile on everyone’s face as usual.

Typically Leafs players surprise children with their visit, but this time the kids turned the tables. With it being the 100th anniversary of the Maple Leafs franchise, they had a birthday cake waiting.

Thank you for the amazing cake for our 100th birthday, @SickKidsNews! #TMLtalk pic.twitter.com/O5enugN70l

“We just thought with it being the 100th anniversary of the Leafs that we would switch things up a little bit and surprise them,” Helen Oppenheimer, Childlife Specialist at Sick Kids Hospital said.