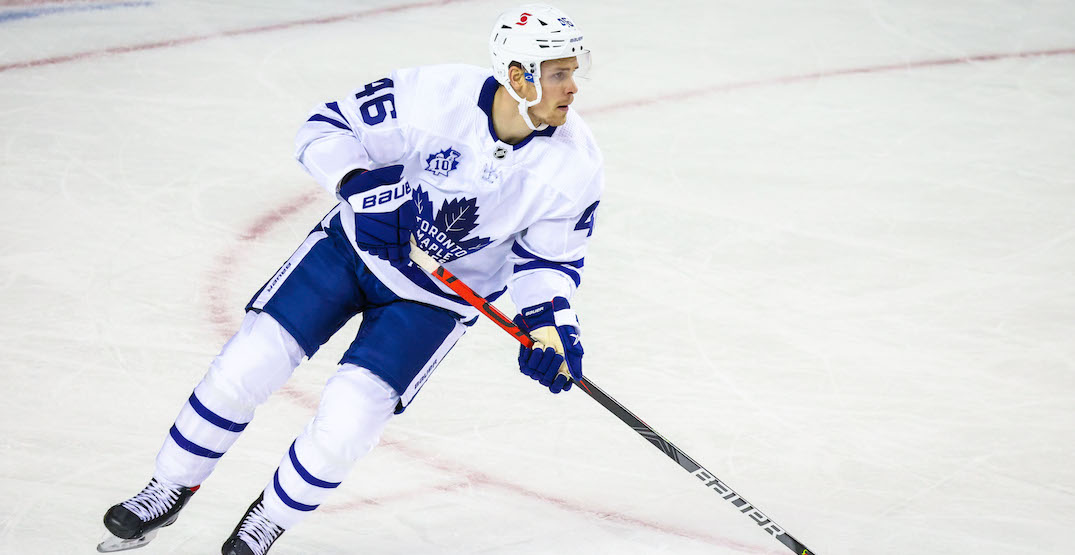 The Toronto Maple Leafs have acquired a new goaltender in a one-for-one trade with the Columbus Blue Jackets.

Goaltender Veini Vehviläinen is on his way to Toronto from Columbus, in exchange for defenceman Mikko Lehtonen.

Vehviläinen is a 24-year-old goalie from Finland. He has only appeared in one NHL game in his career, and it was this season. He has spent most of his time in North America in the AHL, posting a 10-18-5 record with a 2.76 goals-against average and a .901 save percentage as a rookie in the AHL. He’ll report to the Toronto Marlies after he quarantines for 14 days upon arriving to Canada.

In Finland, Vehviläinen was a two-time All-Star and won the best goaltender award in the Finnish Elite League. He has also represented Finland on the international stage at the 2019 IIHF World Championships and the 2016 World Junior Hockey Championships. He won gold at both events. The Blue Jackets selected him in the sixth round (173rd overall) of the 2018 NHL Draft.

Lehtonen is in his first year in the NHL. He put up three points in nine games with the Leafs this season. Lehtonen is also from Finland and played with the national team at the 2014 World Juniors and the 2018 Winter Olympics.