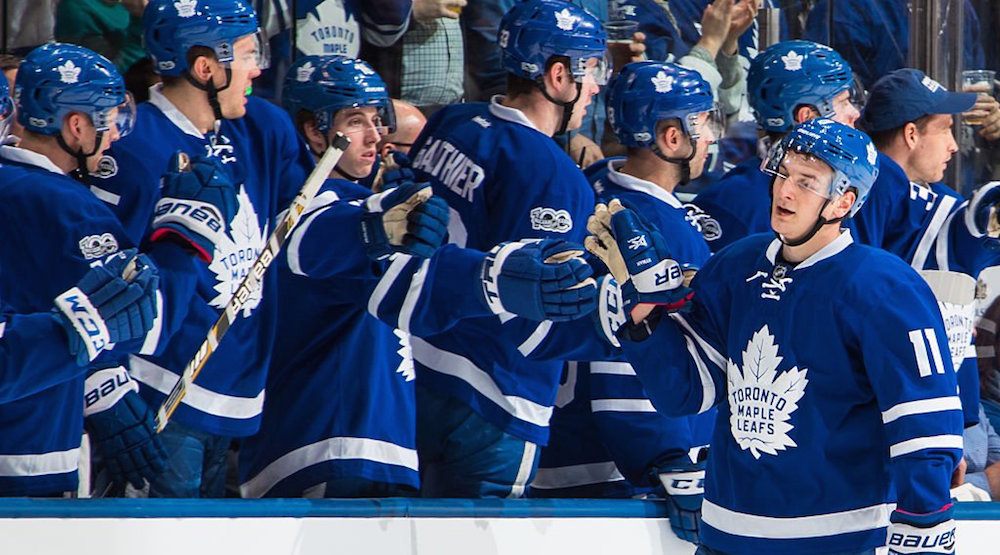 We’re past the midway point of the NHL season and the Toronto Maple Leafs are in a playoff spot.

With the February 28 trade deadline just over a month away, rumours about trades that GM Lou Lamoriello could pull off to help for a playoff push are inevitable. But the Maple Leafs would do well to keep the team as is. That means not a single move – offensive, defensive, coaching, managerial or otherwise – needs to be made.

The Leafs have sorted out their early seasons struggles and are looking like a playoff team. Frederik Andersen is solid between the pipes, and Toronto’s skilled young players are leading the charge.

The experience the Leafs’ young players will gain with the pressure of playoff race will be invaluable. Making a trade that puts one of them in the press box, then, is counterproductive.

And besides, this team is pretty darn good as is.

Each skater on the Leafs top two lines has at least 30 points, and Auston Matthews and Nazem Kadri have already reached the 20-goal plateau. Mitch Marner leads NHL rookies in scoring, and James van Riemsdyk continues to roof pucks in from down low.

Last year, Toronto had one 20-goal scorer (PA Parenteau) and Kadri led the team with 45 points. Combined, Toronto registered 224 points from its top-six scorers, a peak almost matched midseason by the 2017 Maple Leafs (currently at 208).

Offence aside, however, the Leafs defence is the real surprise. Everyone expected Toronto’s offence to spike with top picks entering the fold, but the 2017 blue line was built via scouting, patience and a little faith.

When Nikita Zaitsev signed with the Leafs last spring, fans didn’t know what they were getting. He was a European gamble, but unlike the KHL bust that is Petri Kontiola, Toronto landed itself a top four defenceman with room to improve.

Jake Gardiner, too, is having a career year, some arguing he’s Toronto’s best defenceman so far. He leads the team in plus/minus at +11 (as unreliable as that stat may be) but there’s no denying his usefulness out on the ice.

At 26, Gardiner is on pace for new career highs in goals (11) assists (32), and points (43), logging over 20 minutes of ice time each game. The Leafs possess 53.2 per cent of even strength shot attempts with Gardiner skating, which is helping his young defensive partner, Connor Carrick, to progress.

Gardiner also leads Toronto defencemen in power play points with eight, a large reason the Leafs have the second best power play in the league (24.1%).

Though while the positives keep mounting on the defensive end, we can’t forget one more: where would Toronto be without blue chip defender Morgan Rielly?

During his first three NHL campaigns Reilly’s missed a mere 10 contests, and each because he was penciled in as a healthy scratch. His durability amongst top competition is an asset coveted by many NHL clubs, and a big reason Toronto is giving up less than three goals each night for the first time in recent memory.

Toronto did well to shut out the Flames on Monday without Rielly, but that’s not to say his absence hasn’t been missed.

With February approaching and playoff races escalating, Gardiner – who’s played close to 27 minutes each night in Rielly’s absense – will need to keep thriving in his new leadership role. Toronto’s top-six forwards have to continue netting pucks, and Toronto’s bottom-six support is needed more than ever.

Frederik Gauthier will be needed in the faceoff dot (winning 52% of his draws). Zach Hyman will need to keep dominating the penalty kill (potting two shorthanded goals and counting), and Connor Brown will be relied upon as an added offensive boost (he has 11 goals on the year, as many as Marner).

Additionally, Matt Martin will be called upon to keep protecting the stars, ranking fourth across the league in penalty minutes with 79. Leo Komarov is needed everywhere – physically, offensively, on the penalty kill, you name it – and Nikita Soshnikov will need to keep pissing people off with his feisty play.

Had Rielly been hurt last season that would have been it – game over – but this year is different.

The Leafs need to trust the players they have at their disposal. The assets are there, so continue increasing individual workloads if the situation calls for it, but do not look to make any deadline moves.

Not a single one.

This team is good, and if they’ve shown us anything this season, it’s that the 2017 Maple Leafs are not afraid of adversity.