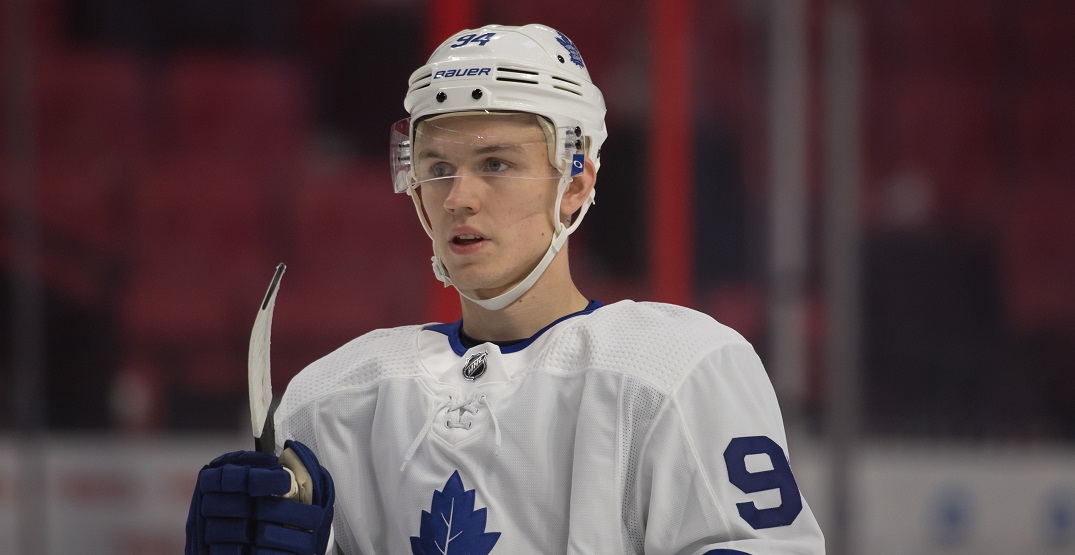 It looks like Kirill Semyonov’s contract with the Toronto Maple Leafs is coming to an end.

Sportsnet’s Chris Johnston reported today that the Leafs would be placing Semonyov on waivers for the purpose of terminating his contract.

Kirill Semyonov is on unconditional waivers for the purpose of contract termination. https://t.co/qCteTNtORe

The 27-year-old Semyonov signed for the Leafs in May 2021 on a one-year entry-level contract worth $825k.

Semyonov didn’t get much run with Toronto, though. He suited up for just three games this season, playing over ten minutes just once. His Leafs tenure finishes with zero points.

In nine games with the AHL’s Toronto Marlies, Semyonov put up a point-per-game pace with one goal and eight assists.

It’s unclear exactly why the contract was terminated.

Perhaps it’s just a matter of poor fit for the player as it seems clear two months into the season, there’s not much of a place in the NHL lineup for him.

Toronto is one of the league’s hottest teams,

Semyonov is the third Leafs centre, after Adam Brooks and Michael Amadio, to be placed on waivers this season. Brooks was claimed by Montreal before being waived and claimed again by Vegas, while Michael Amadio was also claimed by Vegas.