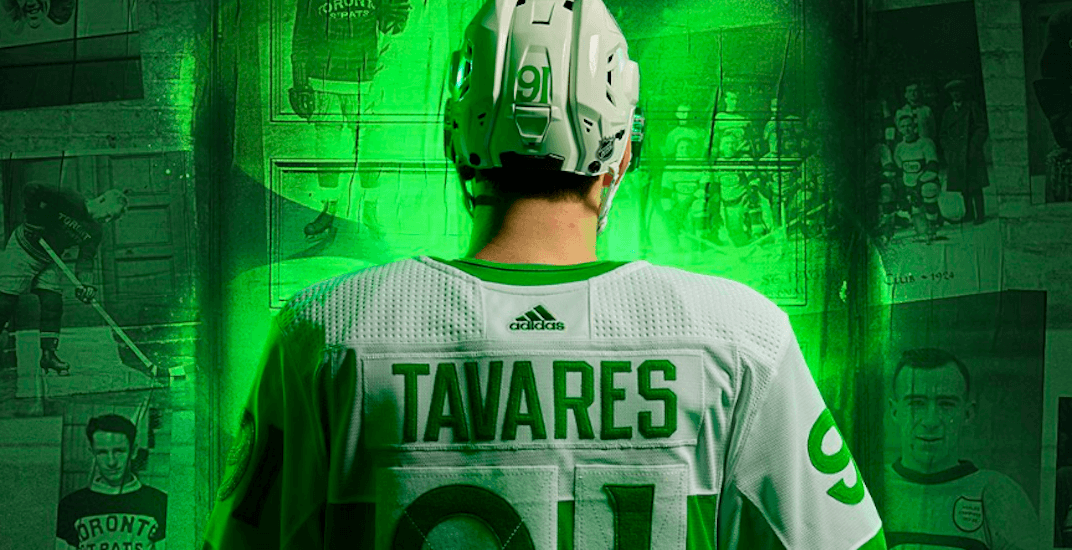 The Toronto Maple Leafs are celebrating St Patrick’s Day with the perfect throwback uniforms for the occasion.

Celebrating their heritage while tapping into the luck of the Irish, the Leafs will wear green and white retro Adidas-made Toronto St Pat’s jerseys for two games next month.

These jerseys were worn by such legendary players as Hap Day, Babe Dye, and Jack Adams. It’s also the same look the team had had when they won the 1922 Stanley Cup.

The Leafs will don the green and white jerseys again at home to the Philadelphia Flyers on March 15 and again on the road on March 16 against the Ottawa Senators, ahead of St Patrick’s Day on March 17.

Before they were known as the Maple Leafs, the NHL franchise was known as the Toronto St. Patricks from 1919 until 1927. The team has paid homage to their history in recent years, last wearing the St Pats jerseys in March of 2017.

The Leafs wore blue and white Toronto Arenas jerseys last season to mark the 100th anniversary of the NHL. They went by that name from 1917 until 1919.

The @MapleLeafs honoring their history with these 🔥 throwbacks by @adidashockey! pic.twitter.com/6L2p41oqa8

We’ll be wearing these St. Pats throwback threads on March 15 & 16.