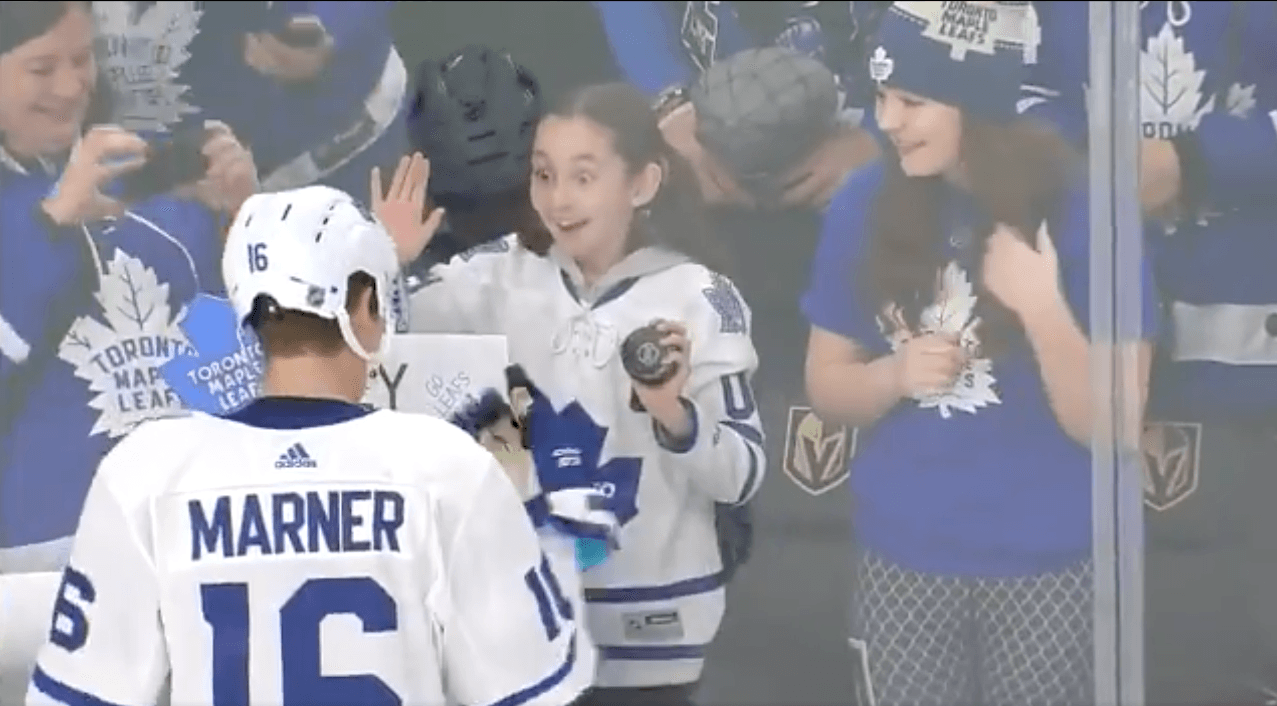 And as you would expect, there was no shortage of Leaf fans in the building.

One fan in attendance definitely caught the attention of the players, with her adorable sign asking Mitch Marner to be her valentine. 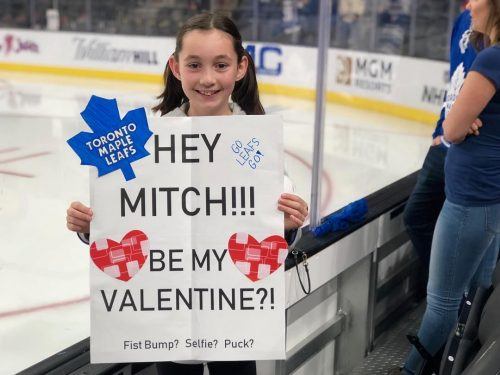 Not only did the Leafs superstar accept her valentine. He also tossed the young fan a puck and took the time to pose for a photo with her.

Her reaction alone is priceless, to say the least.

Marner definitely made this fan’s Valentine’s Day one to remember.

Perhaps the young fan brought Marner some luck, as he picked up a goal and an assist, helping the boys in blue win six to three over the Knights.