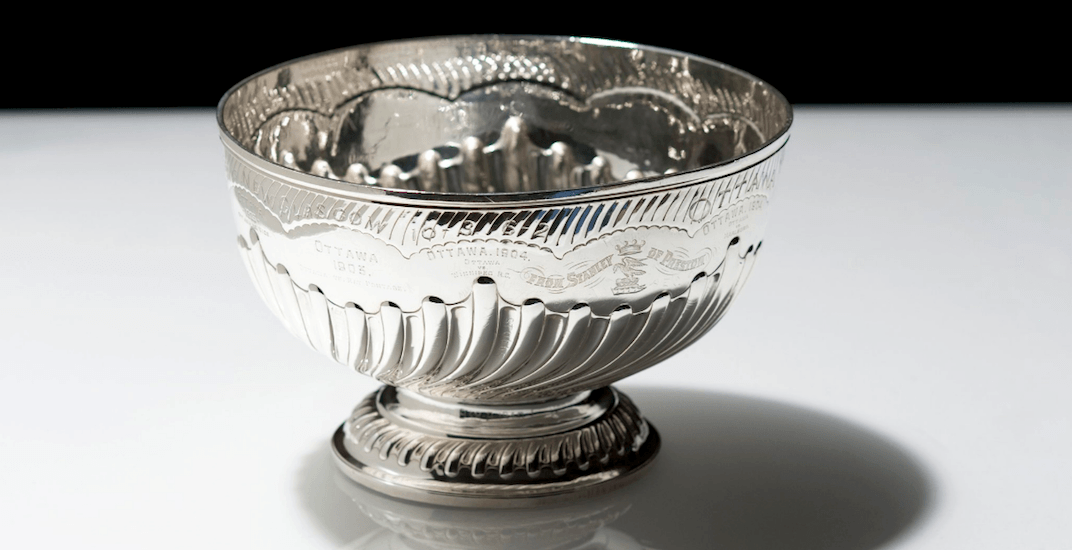 The Toronto Maple Leafs franchise has a proud tradition, one that dates back to 1917.

They’ve won 13 Stanley Cups in that time, though visual evidence on the trophy itself will soon begin to vanish.

After this year’s Stanley Cup champion is crowned and names are engraved, the bottom band of the trophy will be filled to capacity. To make room for future champions, the top band of the barrel of the Cup will removed, sent to the Hall of Fame, and replaced.

That band covers champions from 1954 to 1965, an era that saw the Leafs win three Stanley Cups. When you consider that engravings from 1927 to 1953 have already been retired – a timespan that saw Toronto win seven Cups – you can do the math.

The first two Stanley Cups in franchise history were won while known as the Toronto Arenas and Toronto St. Patricks. That will leave the 1967 Stanley Cup as the only Maple Leafs’ championship victory on the Cup.

A decision was made in 1956 to redesign the barrel of the Cup into five circular bands that could be removed every 13 years so that the trophy doesn’t get any larger than it is today.

Toronto has 13 years to win another championship or else the Stanley Cup will be without the name “Maple Leafs” entirely.

If it’s any consolation for Leafs fans, the Montreal Canadiens’ record-setting run of five consecutive Cups in the late 1950s will be removed after this season as well, along with any mention of legends like Maurice ‘Rocket’ Richard, Gordie Howe, and Bobby Hull.