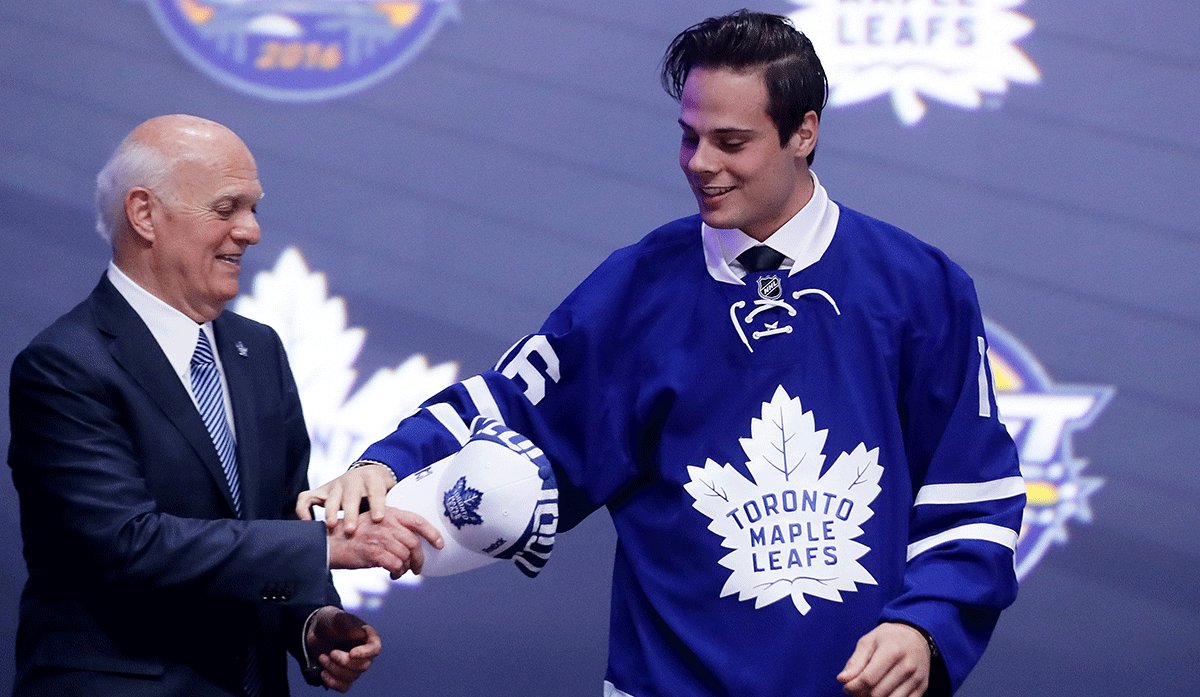 No team drafted more players at the 2016 NHL draft than the Toronto Maple Leafs did when they added eleven new faces to the organization.

By now, everyone and their dog knows about Auston Matthews being picked 1st overall, but the Leafs added a number of other prospects to the pool as well.

Here’s a closer look at the eleven players taken by the Leafs. 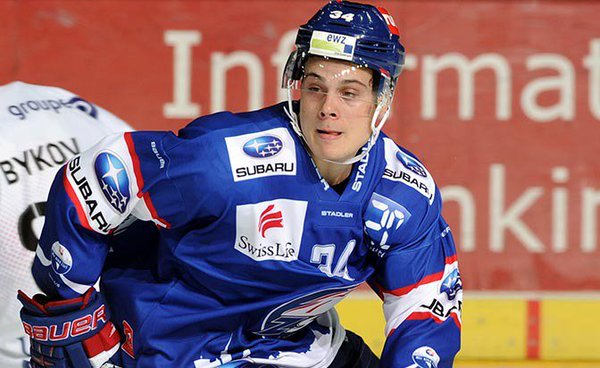 What’s there to say that hasn’t already been said? Auston Matthews was the goal for the Maple Leafs this season, and they achieved it by finishing last in the league. He is the prize for a dismal last season, and he signals the start of something new in Toronto.

Electing to play against men in the Swiss league, Matthews dominated with 46 points in 36 games playing with the Zurich Lions under former NHL coach Marc Crawford. He finished second in voting for the Swiss league MVP as an 18-year-old.

Internationally, Matthews played in both the WJC-20 tournament, and the World Hockey Championships this year. At the WJC he had seven goals and 11 points in just seven games as the USA took bronze.

At the WHC, Matthews had an impressive six goals and nine points in 10 games. For comparison’s sake, McDavid also had nine points, though only one goal.

Matthews will certainly play with the Leafs next season, and presumably for many seasons to come.

The first pick of the 2nd round was an interesting one for the Maple Leafs, as they took Yegor Korshkov – an overager – as their second pick in the draft.

Korshkov – who turns 20 in July – had twelve points in 41 games in the KHL, his second season in the league.

The 6’3″ Russian also played for Russia at the WJC-20 tournament, putting up 8 points in seven games while winning a silver medal.

Korshkov was ranked #65 on McKenzie’s list, but obviously the Leafs like what they see in the big winger, and didn’t want to risk someone else picking him before their next selection.

With the 2nd-round pick they got in the Brooks Laich trade, the Maple Leafs drafted Swedish winger Carl Grundstrom.

Playing with MODO in the SHL, Grundstrom put up 16 points in 49 games while playing a good two-way game. He also played in the WJC-20 for Sweden, scoring a goal with a +1 rating in seven games.

With their 3rd-round pick, the Leafs picked up Joseph Woll. The American goaltender saw great improvement over the last season in the USHL, improving his save percentage from .878% to .898%.

Playing in the U.S Development Program, Woll had a .918 SV% and 2.14 GAA in 33 games this season. He is committed to Boston College in the NCAA next season.

A 3rd-round selection, James Greenway comes to the Leafs as part of the return for Phil Kessel.

The American defenceman played in the USHL, scoring ten points in 25 games with an impressive +12 rating.

Greenway is committed to the University of Wisconsin (NCAA) next season.

The Leafs 4th-round pick is an interesting choice in Adam Brooks. Another overager, Brooks lit up the WHL with 120 points in 72 games, 50 points more than second on his team. He added 23 points in 12 games in the playoffs.

At 20 years old, the Leafs are likely hoping that Brooks is simply a bit of a late bloomer.

A defensive defenceman, Middleton has spent the last two seasons with the Saginaw Spirit in the OHL. He was ranked #91 on ISS Hockey, but managed to fall a few spots until the Leafs picked him at 101st.

After being passed over in last year’s draft, Bobylev had a breakout season with the Victoria Royals, scoring 67 points in 72 games with a +45 rating. The 19-year-old Russian also added seven assists in five playoff games.

Another Victoria Royals player, and another overager, Jack Walker had 84 points in 72 games in the regular season. In the playoffs he had 16 points in 13 games.

Walker will be 20 in August, making him eligible to play in the AHL next season.

Nicolas Mattinen is a big defenceman who played on the London Knights last season. He was in and out of the lineup for some of the season and only played 5 games in the playoffs.

The final pick of the draft for the Leafs, Nikolai Chebykin is another Russian with size. He played Junior hockey in Russia last season, posting 35 points in 39 games.