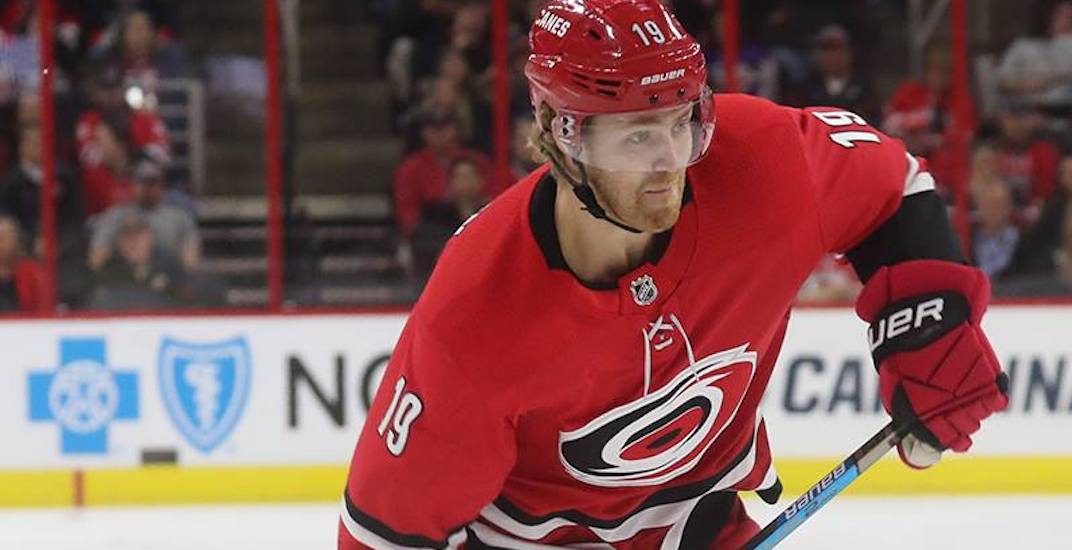 The Toronto Maple Leafs are a very, very good hockey team. With a roster that boasts an impressive group of forwards and a spectacular goalie to match, this year’s incarnation of the team that everyone loves to hate will surely turn some heads as the postseason rapidly approaches.

With that said, the Leafs have long been criticized for their lack of defensive depth. Though blueliners Morgan Rielly, Jake Gardiner, and Travis Dermott have performed admirably, there’s still room for improvement. With Ron Hainsey inconsistently fumbling about and Nikita Zaitsev and Igor Ozhiganov frustrating even casual fans, it’s clear that the team needs to improve their defence – particularly on the right side.

To their credit, the Leafs have reportedly been active in the trade market, kicking tires on some of the most attractive rentals the league has to offer. Though there’s been nothing concrete to date, there’s reason to believe that the team will make a move before the February 25 trade deadline.

Here are five defencemen the team could target in trade talks:

The Carolina Hurricanes are reportedly open to trading right-shot defenceman Dougie Hamilton, and the Leafs should come calling.

A top-four defenceman with great size and mobility, Hamilton would be a huge addition (figuratively and literally, he’s 6-foot-6). Still just 25 years old, his best days may still be ahead of him despite being a seven-year NHL veteran.

Hamilton could help the Leafs’ second-unit power play and at even strength, where he’s a possession king (he’s first on the team in Corsi-For, at 59.37%).

He’s having a down year points-wise, but produced 42-50 points in each of the previous four seasons. Under team control for two more years beyond this season, his contract has a reasonable $5.75 cap hit.

Chris Tanev, a 29-year-old blueliner for the middling Vancouver Canucks, is another name that has been frequently mentioned in this debate. Playing over 20 minutes a night, Tanev is a shutdown defenceman that can move the puck.

Tanev, who has a reasonable $4.45 million cap hit, would have to approve a trade due to the modified no-trade clause embedded in his contract, though that seems likely from the Toronto native.

He won a gold medal alongside Rielly with Team Canada at the World Championships in 2016, so perhaps there’s instant chemistry.

Nick Jensen, 28, has also been frequently suggested as a viable trade target that could be available come February. With just three years of NHL experience, he’s earning just $825,000 this year.

A right-handed shot with toughness and resilience at his position, Jensen will be an unrestricted free agent at the end of this season, making it even more likely that the Wings would be willing to part with him. Though Kyle Dubas has gone on record saying he hasn’t been blown away by the rental market, it’s still conceivable that the organization takes a shot on a guy like Jensen.

If the Leafs are looking for depth, Jensen could provide it.

Alex Pietrangelo, a brilliant blueliner who amazed hockey fans at the 2009 and 2010 IIHF World Junior Championships, has continued his dominance as a member of the St. Louis Blues. Though he’s spent time on the IR this season, he has nevertheless been one of the most consistent members of a Blues team that has struggled this year. Pietrangelo, 28, will earn $6.5 million this season and next.

Of course, he would be very difficult to pry away from the Blues brain trust, likely requiring a package involving some combination of Timothy Liljegren, Andreas Johnsson, and some draft picks. If Dubas and company are willing to part with some concrete assets, they could nab one of the NHL’s finest.

Getting Pietrangelo could be a move to put the Leafs over the top.

A right-handed shot with ample experience as a quality penalty killer, Ben Lovejoy, 34, could become somewhat of a bargain down the road should his current team, the ailing New Jersey Devils, decide to deal him. A UFA at season’s end, he comes with a $2.66 million cap hit.

He doesn’t play a lot – just over 17 minutes per game – but could be a cheap depth option that helps on the penalty kill. He also has a Stanley Cup ring, winning with the Penguins in 2016.