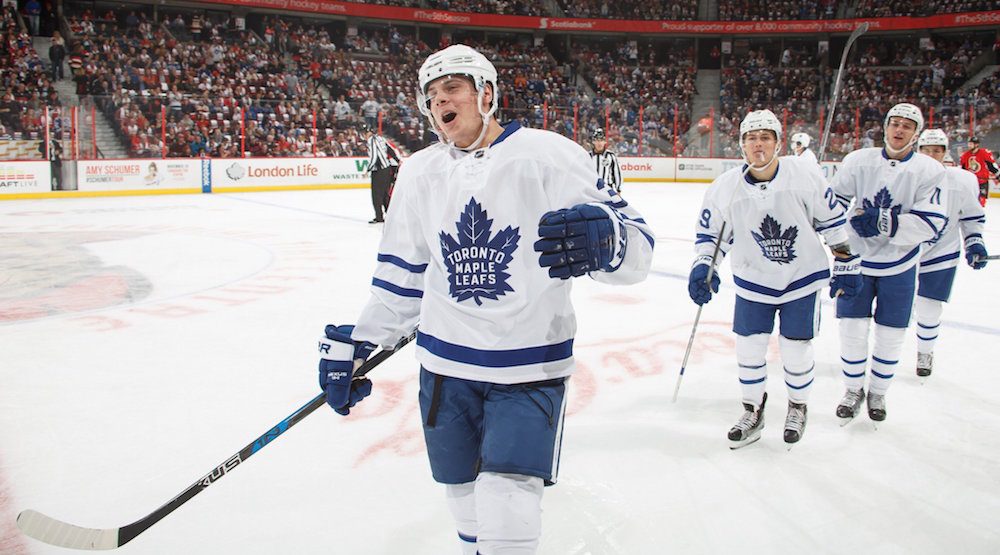 But, can you also admit that the team isn’t a legit contender just yet?

The hashtag campaign that was started by Leafs Nation writer Jeff Veillette before the season even began drew the attention of fans and mainstream media alike. Were the Leafs, who had the top draft pick spot just a year ago, actually good?

They’re definitely better than last year. In fact, they’re one of the most promising young teams in the league right now. It’s hard to remember a time where the team was this much fun to watch on any given night.

Just one point back of both the New York Islanders and Tampa Bay Lightning, with a game in hand on both, they’re in the thick of a playoff race.

And while they still have a chance to make the round of 16, is it really going to be a disappointment if the team misses the playoffs?

They’re not good enough yet

Let’s face it. While the team has so much to look forward to, they aren’t good enough to make a serious playoff run right now. Does it make sense for the team to just attack the playoffs blind and fall in the first round? Or, better yet, make it to round two, and then get swept?

At this point, the team can still get a good draft pick. Currently, the Leafs have six picks in this year’s draft and 10 in 2018, meaning the team has both the flexibility to pick good prospects or trade them for valuable assets to add to the current roster.

#leafs need a good up and coming D-man. Seriously can’t figure out why they passed on moving up to draft Jacob Chychrun like #coyotes did

The free agent market is going to be important, especially when targeting needs on defence. They don’t have a strong enough back-end to get the job done just yet, and should find ways, including the draft, to build upon that.

If you want an examples of a team that attempted to grow too early, look no further than the Colorado Avalanche. They exceeded all expectations with a 112-point season in 2013-14, finishing on top of the Central Division. But they weren’t ready to win yet.

With young stars throughout the roster and Patrick Roy behind the bench, the team look destined for success. But their success was a mirage.

Instead of pushing forward, the Avs took a dramatic step back, and are dead last in the standings this season.

Making the playoffs didn’t help them, and coupled with poor decisions by management, they’re in complete disarray.

There are some that argue that just getting to the playoffs would provide valuable experience for Toronto’s young players.

While playoff experience can be valuable, let’s be real. It’s often overrated.

Particularly when it comes to the young core, most of the players on Toronto have played in big-moment games in the form of the World Juniors, the World Cup, the Calder Cup playoffs, or even the Memorial Cup, among others.

Leafs fans need to chill. This is a REBUILD!! Not the finished product. If they get in playoff gear, if not then its experience. #Leafs

Because of the intensive schedules placed on the young stars, there’s more big game exposure than ever before.

Based off of what fans have seen this year, would it really make sense to doubt the team in 2017-18?

It’s just a matter of time until this team is legitimately competing for not just a playoff spot, but a Stanley Cup.

If you’re a Leafs fan, you obviously want the team to make the playoffs. The run to steal the final wild card spot is going to be tough and stressful, that’s for sure. But it’s good to know that there are plus sides to the team not making the playoffs in what has truly been a good comeback year for the franchise.

The team has so much to be excited about. But in all honesty, if they don’t make a playoff run this year, there’s still reason to be happy for this franchise.