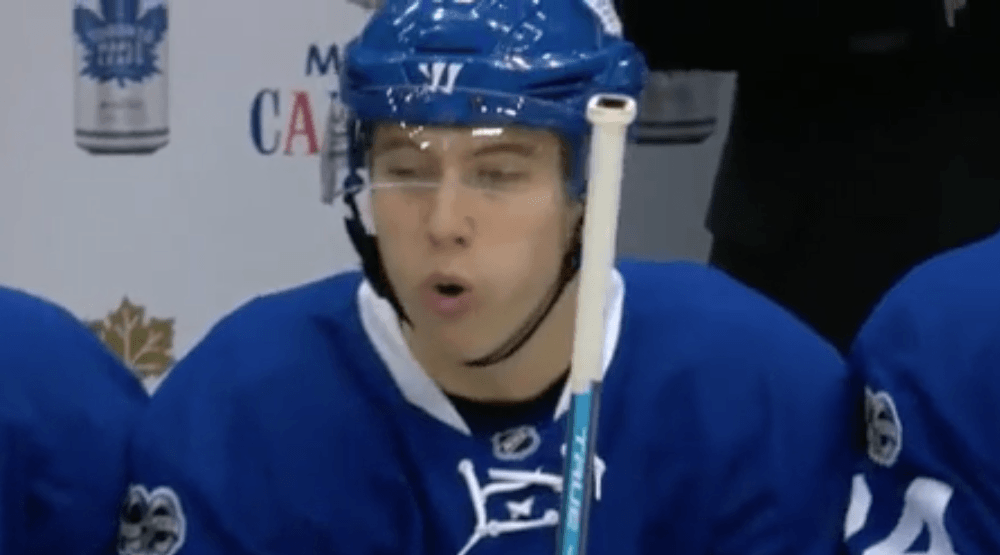 It’s not just for reanimating knocked out people in action flicks.

Smelling salts are being used on NHL benches to give the players their own quick wake-me-up.

Nineteen-year-old Mitchell Marner of the Toronto Maple Leafs isn’t old enough to enjoy a beer if he’s playing in the States, but he is more than capable of inhaling hits of smelling salt like a boss.

Here he is taking taking a long draw from  teammate Matt Martin during their 3–2 win over the Red Wings Tuesday night.

One is never enough

Martin does look quite proud

Marner has his technique down to a science

Marner takes a sniff from hockey

@JeffMarek thought you’d enjoy this video I made of @Marner93 getting a spicy wake up on the @MapleLeafs bench pic.twitter.com/Wj2hSvWGS9

Marner getting some love from a fan