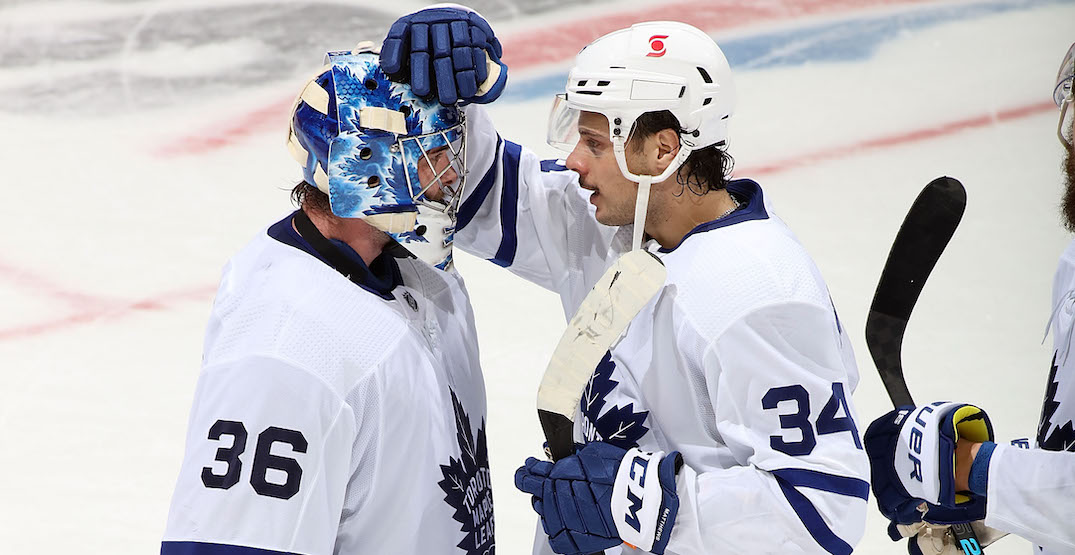 The Toronto Maple Leafs will be without their backup goalie for the near future.

Head coach Sheldon Keefe announced today that Jack Campbell will be out “weeks” with a leg injury.

TOR coach Sheldon Keefe says Jack Campbell is out "weeks' with a leg injury, making Michael Hutchinson the backup. Travis Dermott will be a healthy scratch vs CAL, his first in more than two years.

Campbell’s injury occurred during the Maple Leafs’ last game against the Calgary Flames. Flames forward Matthew Tkachuk did land on Campbell’s back near the end of the game, but the Leafs goalie appeared to injure his leg earlier on.

Michael Hutchinson will now serve as the backup to starter Frederik Andersen, while Joseph Woll is moving to the team’s taxi squad as the third goalie.

Campbell has been a reliable netminder since joining the Leafs late last season, putting up a 5-2-1 record with a 2.31 GAA, and a .919 save percentage.

Keefe also announced that defenceman Travis Dermott will be a healthy scratch against the Flames tonight. This is the first time in more than two years that Dermott has been scratched, with Mikko Lehtonen taking his spot in the lineup.

Toronto will take on Calgary again tonight at 9 pm ET on Sportsnet.