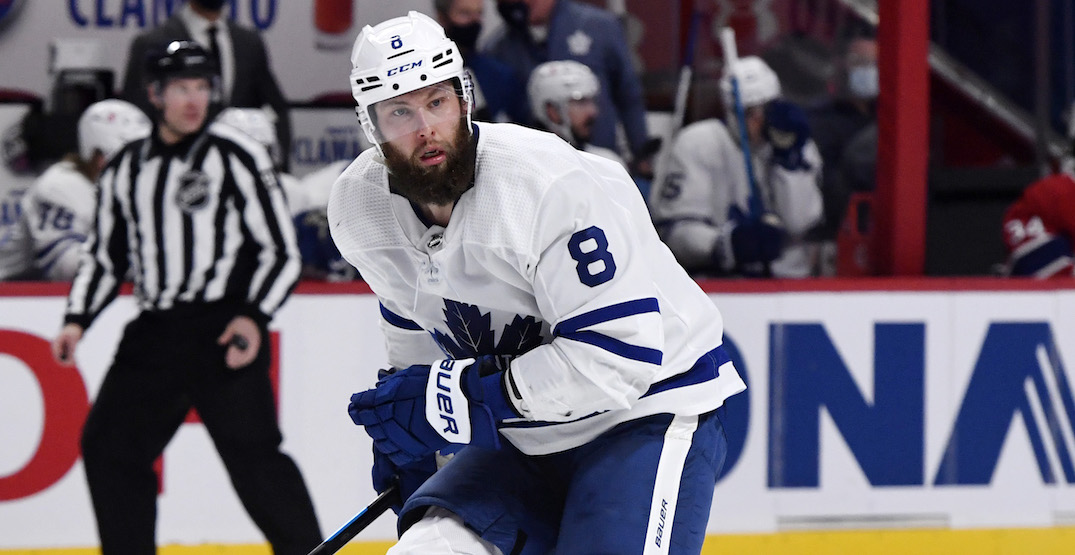 The Toronto Maple Leafs will be without defenceman Jake Muzzin for a little while, due to a broken bone in his face.

Barabanov, Lehtonen and Petan in

Muzzin suffered the injury during Saturday’s game against the Montreal Canadiens, when he was whacked in the face by Tyler Toffoli on a follow through.

Muzzin got caught up high via Toffoli before the play.

Muzzin skated off and that's why Toffoli was left wide open pic.twitter.com/12nVxyvWpp

Travis Dermott will move into Muzzin’s slot in his absence and play with Justin Holl, while Mikko Lehtonen will draw into the lineup.

“It’s something that I know (Dermott’s) been waiting for and something we’ve been wanting to prepare him for,” Keefe told reporters. “It’s a great thing for us to watch today.”

Another bit of injury news for the Leafs concerns Zach Hyman and Joe Thornton. Both players will miss tonight’s game against the Calgary Flames, and they are considered day-to-day.

Hyman returned to play Saturday after missing a game earlier in the week. He’s been battling an injury since blocking a shot off his foot Wednesday against the Ottawa Senators.
Meanwhile, Thornton missed a month of action earlier this season due to a broken rib.

Alex Barabanov and Nic Petan will be the replacements and slot into the lineup.

The Maple Leafs come into tonight’s game on fire after going 7-1-2 in their last 10 games and are currently on a three-game winning streak. Puck-drop is at 7 pm ET on TSN.