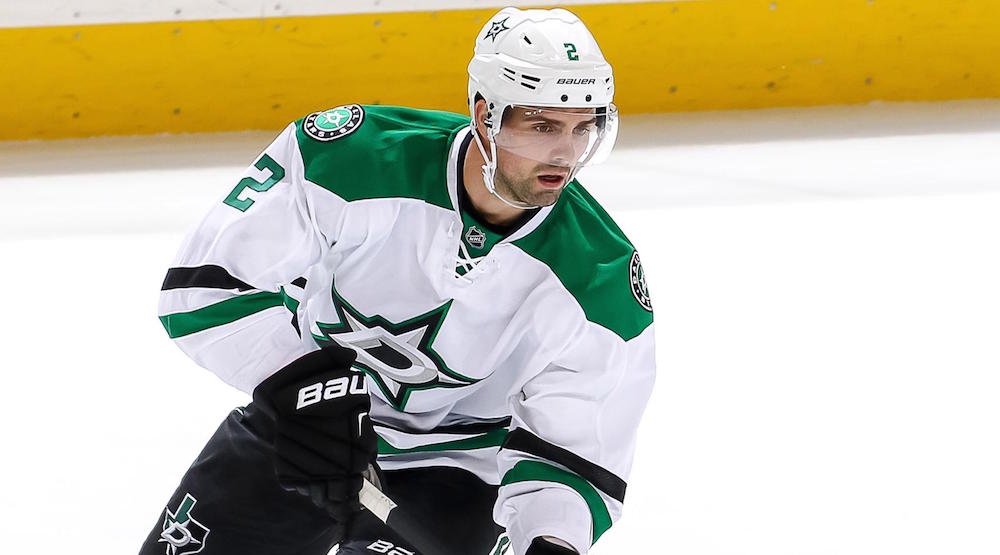 With John Tavares now in the fold, the Toronto Maple Leafs are already the team to beat in the Eastern Conference, with room to improve.

That’s saying something, considering Toronto’s blueline is still unchanged. With more than $14 million in cap space and only William Nylander left to re-sign, it could become a reality.

Nylander will be expensive, but the Leafs should have roughly $6-8 million at their disposal once the ink is dried.

After the top free agents are snapped up during the first few days of free agency, the rest can often be had for a bargain, given most teams have already used their cap space and roster spots on other players.

Below are three quality defencemen the Leafs could sign before the season begins.

Dan Hamhuis gets a standing ovation as he is presented with the silver stick for 1,000 career NHL games played, just the 106th defenseman in NHL history to reach the milestone. pic.twitter.com/4NGTrCordT

Having logged 1031 games in his NHL career, Dan Hamhuis is as dependable as they come. In 14 seasons, he’s missed no more than four games in 11 of those campaigns, and missed a mere three during his most recent two-year stint with the Dallas Stars.

The 35-year-old old still has gas left in the tank, and could bring stability to Toronto’s blueline in the short term.

Hamhuis has a connection with assistant GM Laurence Gilman, who helped bring Hamhuis to Vancouver in 2010. Hamhuis helped the Canucks reach the Stanley Cup Final and win a Presidents’ Trophy that season, and could do the same for the Leafs in 2018-19.

Coming off a Stanley Cup winning season with the Washington Capitals, Brooks Orpik is a durable free agent who knows what it takes to win.

The 37-year-old has missed a mere four games the past two seasons, and it’s no secret Toronto needs consistency on the blueline.

Amassing an incredible 149 NHL playoff games over the course of his career, he also won a Cup with the Pittsburgh Penguins in 2009.

His last contract was $4.5 million, but he’s likely to take a pay cut, given his age.

Using Ron Hainsey as a comparable, perhaps Orpik could be had on a one-year deal for $3 million.

[STAT] Ryan Sproul has five points in the six games since his @NYRangers call-up. pic.twitter.com/DoYVxEklB7

At 25 years of age, Ryan Sproul is still looking to make a name for himself in the NHL.

In 2012-13 during his final year with the Sault St. Marie Greyhounds, Sproul was named the CHL Defenceman of the Year, so he has potential.

Sproul earned an average annual salary of $625,000 on his previous contract, which is nothing short of a bargain. At the right price, the Leafs could acquire a relatively young defenceman who has NHL experience and something to prove.

A right-shot, he’d help balance out Toronto’s blueline, plus the Mississauga native knows Leafs general manager Kyle Dubas from his time on the Greyhounds.