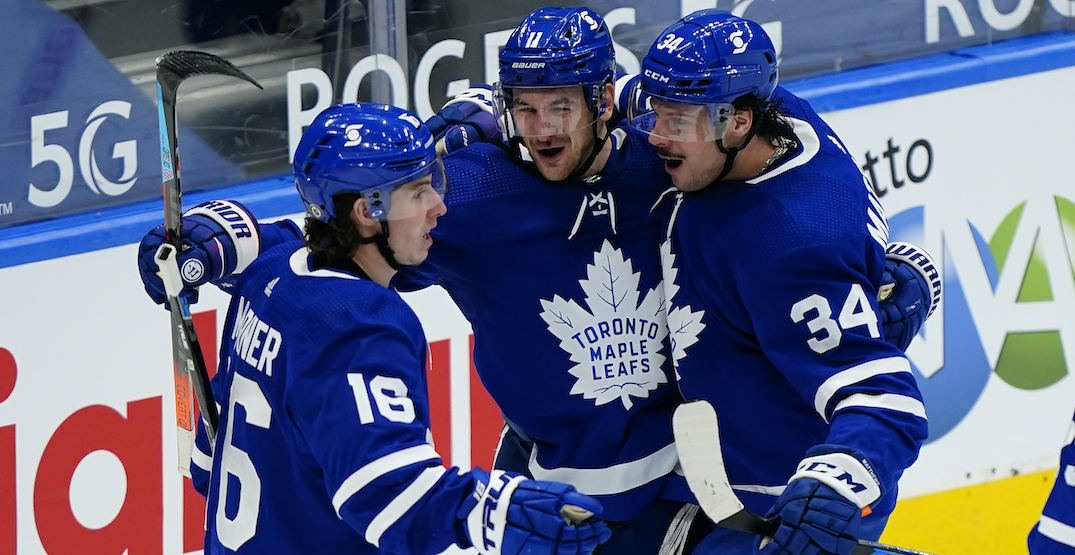 The Toronto Maple Leafs can become the first team in the North Division to clinch a spot in the Stanley Cup playoffs tonight.

A look at how the @MapleLeafs can become the first team from the Scotia North Division to clinch a berth in the 2021 #StanleyCup Playoffs. pic.twitter.com/sxjqzIzXu9

The Leafs can get into the playoffs if they defeat the Montreal Canadiens in regulation, and the Ottawa Senators beat the Vancouver Canucks in regulation.

They can also get in if they defeat the Canadiens in overtime, the Senators beat the Canucks in regulation, and the game between the Edmonton Oilers and the Winnipeg Jets ends in regulation.

If they make it into the playoffs tonight, they will become the eighth team in the NHL to clinch a spot so far.

The Leafs have been in control of the North Division as they have not moved from first place in the division since the first month of this season.

The team as a whole has been playing well on both ends of the ice. They are seventh in goals scored per game (3.29) while also top 10 in goals-against per game (2.71).

Toronto has been led by terrific seasons from Auston Matthews and Mitch Marner. Matthews is leading the NHL in goals with 34 this season while also tied for sixth in points (58). Meanwhile, Marner is fifth in points (59) and tied for fourth in assists (42).

The Leafs game against the Canadiens is slated for at 8 pm ET on Sportsnet.