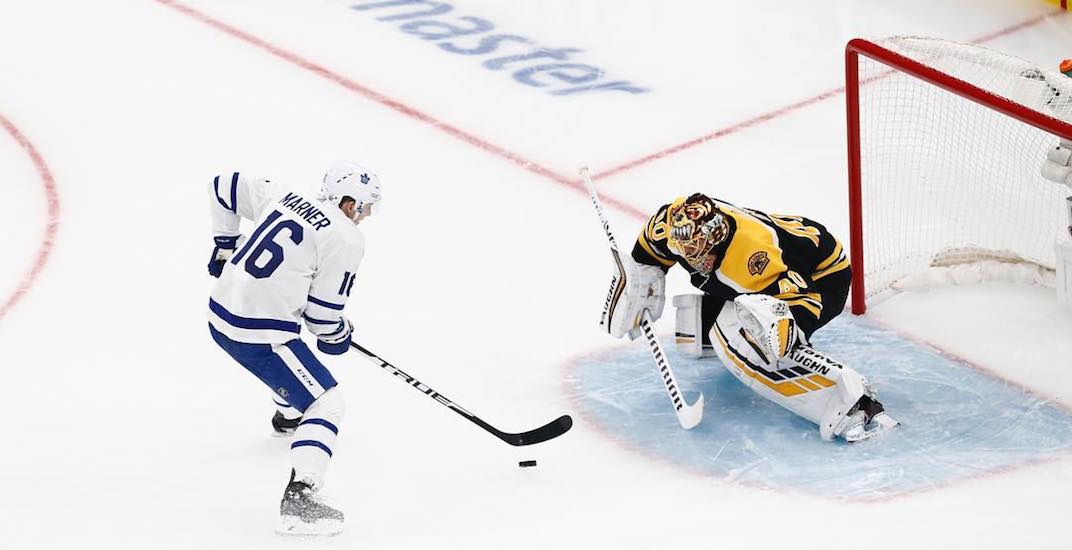 The Toronto Maple Leafs have already done something they were unable to do in their seven-game playoff loss to the Boston Bruins last year: take a lead in the series.

The Leafs beat the Bruins 4-1 in Game 1 Thursday in Boston – not digging themselves in a hole like they did in 2018 when they lost the first two games on the road by a combined 12-4 score.

The highlight of the game came when the Leafs’ leading scorer Mitch Marner scored his second goal of the game on a penalty shot in the second period. After being tripped on a breakaway, Marner made the Bruins pay as his quick hands froze goaltender Tukka Rask before the Leafs winger tucked the puck into the back of the net.

Marner’s first goal was a big one too, ringing the puck off the post twice before scoring late in the first period to level the score. With two goals on the night, Marner matched his entire postseason goal output from a year ago in one game.

The goal answered the Bruins’ opener, scored by Patrice Bergeron after a gorgeous cross-ice pass by Brad Marchand on the power play.

William Nylander had a disappointing regular season by his standards, scoring just seven goals after his contract dispute, and it was his high sticking penalty that led to the Bruins’ power play goal. So it must have felt extra good to score the 3-1 goal for the Leafs after being sprung on a breakaway with a great pass by Nazem Kadri.

The second period was a wild exchange of scoring chances. The Leafs were outshot 21-14, but they had a boatload of great opportunities to score. John Tavares had a chance to put the game out of reach with the score 3-1, as did Auston Matthews on a three-on-one before the second intermission.

Frederik Andersen was excellent in net for Toronto, stopping 37 of the 38 shots he faced.

Scoring chances were kept to a minimum in the third period, which suited the Leafs just fine. The lone goal was an empty netter, scored by Tavares.