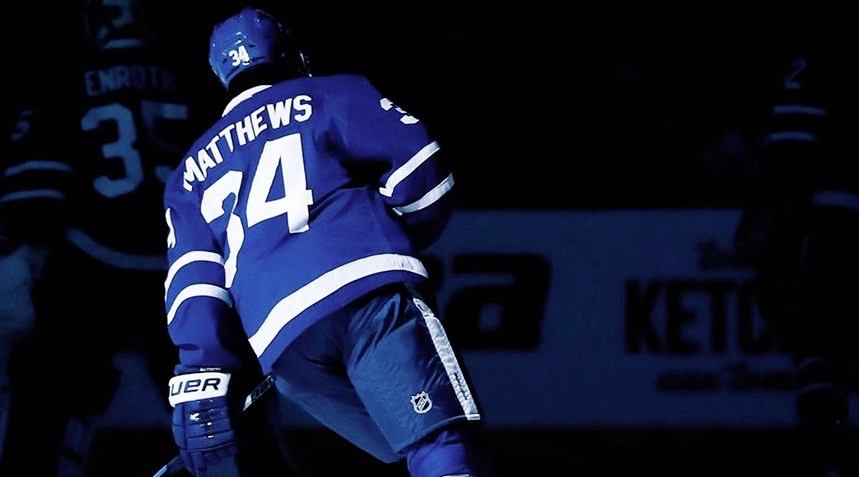 Auston Matthews is getting used to being first.

It started with him being drafted first overall by the Toronto Maple Leafs at the 2016 NHL Draft. Then, in his very first game, when he became the first player to score four goals in an NHL debut.

Now, Matthews is first in jersey sales, ahead of some of the other big names around the league.

The demand for Matthews jerseys has been high ever since the Leafs selected him back in June, but the team couldn’t officially sell any since they had not yet made their new (old) logo reveal.

Now the #34 jerseys are flying off the shelves at a faster rate than guys like Sidney Crosby, Connor McDavid, and Patrick Kane. Those are arguably the three biggest names in the NHL today, and Matthews outsold them all.

It’s nothing groundbreaking for the Arizona native, but it must feel good to know that boatloads of fans are buying and repping your jersey. After missing out on Rookie of the Month for October in favour of linemate William Nylander, it’s nice to see Matthews not go home empty-handed.

The 19-year-old has done his part to increase the hype surrounding him early in his rookie season. It started with the four-goal game, but Matthews has been solid since then, and has a total of 10 points in as many games to start his NHL career. His six goals is tied for third in the league, and just one behind the league leader.

Matthews is off to a great start to his rookie season, and his jersey sales are reflecting that.

If he keeps scoring goals like this these, those sales are only going to keep going up: