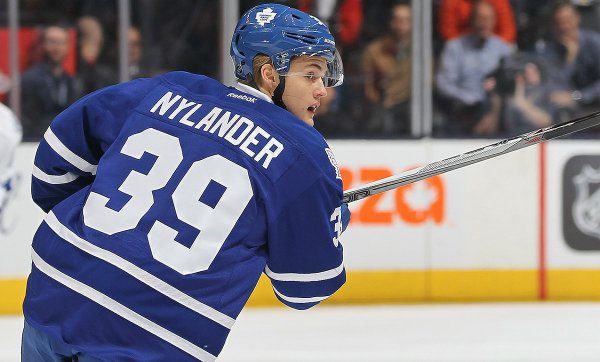 William Nylander is off to a great start in his Toronto Maple Leafs rookie campaign, and now he’s getting some well-deserved recognition from the NHL.

William Nylander has been named the NHL’s Rookie of the Month. He leads all rookies with 11 points in 9 games, second in shots.

The 20-year-old got the Rookie of the Month honour over a handful of other impressive rookies, including his own linemate Auston Matthews, who is second in rookie scoring with 10 points.

Nylander has been impressive across the board. His 11 points leads all rookies, while his 31 shots is second to only Matthews. He also leads all first-year players in assists (7), powerplay points (7), multi-point games (4), and is a respectable 51.2% on faceoffs.

Drafted eighth overall in 2014, Nylander played 22 games at the end of last season, where he put up 13 points in his first taste of NHL action. This year, in his official rookie season, he’s already almost reached that point total in half as many games.

Even more impressive about Nylander’s first month of the season is that he isn’t getting as much ice time as some of the other top rookies. His average ice time per game (15:51) ranks eighth among rookie forwards, well behind guys like Patrik Laine (19:22), Mikko Rantanen (17:42), and Matthews (17:11). Clearly, he’s making the most of his opportunities.

The Leafs should have some other youngsters competing for Rookie of the Month as the season goes on, namely Matthews and Mitch Marner, who also currently sit in the top-5 among rookie scorers.