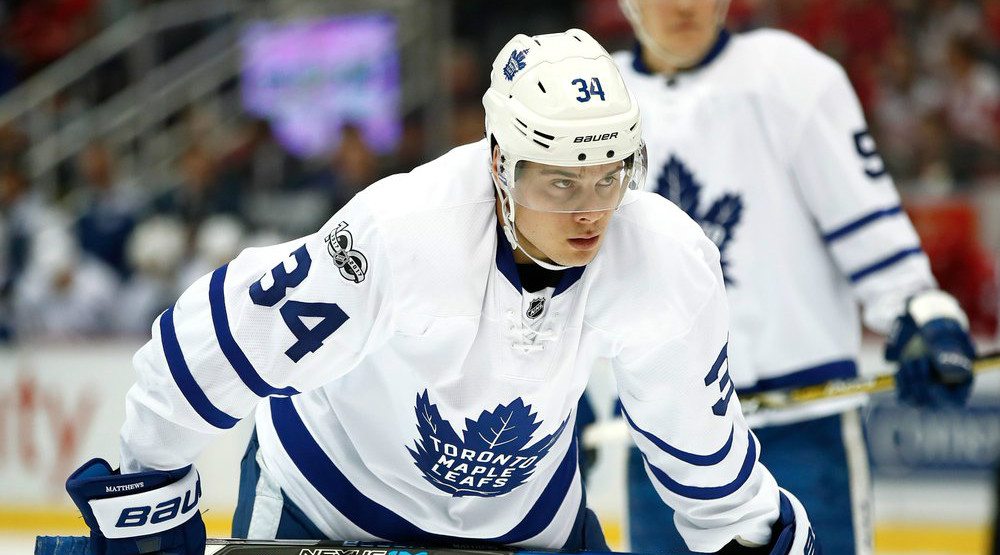 For the second straight year, the Toronto Maple Leafs will enter an NHL season without a captain.

Mike Babcock confirms #Leafs will not have a captain this season. #NHL

They haven’t had one since they traded Dion Phaneuf in February of 2016.

“With the number of leaders we have in that room, we don’t feel it’s necessary. It’s as simple as that,” Lamoriello told NHL.com.

Seems to me, this has a lot more to do with saving the C for Auston Matthews.

The 19-year-old is already the team’s best player and without another natural leader on the roster, the clear choice to one day become the captain.

Sure, the Leafs could select the likes of Patrick Marleau, Tyler Bozak, or Morgan Rielly to serve as captain in the meantime, but that opens them up to an awkward conversation as soon as next year.

They could also give it to Matthews now, but that’s risky. Giving the C to the second-year player in a tough media market like Toronto before he’s ready could be damaging to Matthews’ play on the ice.

So the Leafs remain leaderless and oddly enough, it’s a smart move.