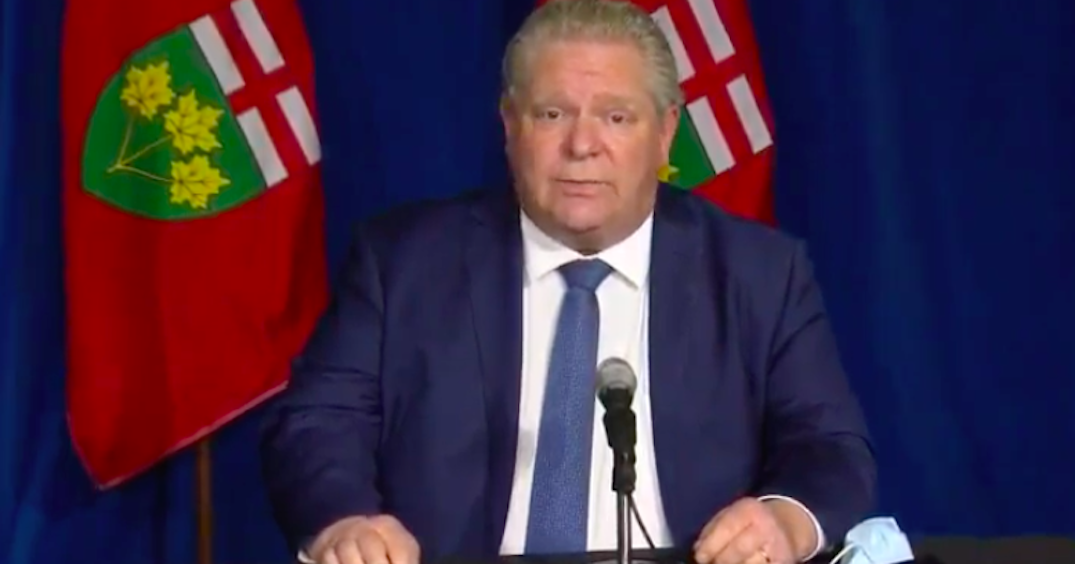 On Friday, Ford said the federal government’s plan announced this morning would have seen mandatory testing implemented in a few weeks, which Ford said is “a few weeks too late.”

If someone refuses a test, they can be fined $750.

“We welcome the new measures announced by the federal government today, but we need a stop gap to prevent new cases, including variant cases, from arriving in Ontario until those measures are fully in place,” said Ford.

“That’s why our government is taking immediate and decisive action, which includes mandatory testing of incoming international travellers and providing additional layers of protection for the people of Ontario, especially our seniors. Through our six-point plan, we intend to stop this virus in its tracks.”

Ontario’s first COVID-19 UK variant case was confirmed last month and was due to international travel.

According to the province, since that time, 51 cases of the variant have been confirmed in the province. Evidence shows that the UK variant could be up to 56% more transmissible.

Recent evidence shows Ontario’s Stay at Home orders are causing cases to trend downwards. However, recent modelling suggests that the UK variant and other new variants remain “a significant threat” to controlling the pandemic and could become the dominant strain of the virus in the province by March, posing an “increased threat to public health and hospital capacity.”

At the time, he said it would start in February and that there would be a second mandatory COVID-19 test for arriving international passengers.

Mayor John Tory said he supports the actions taken today by the federal government and added that Toronto Public Health “has been clear that one of the ways to mitigate the variants is to stop the virus at the border and to protect the vulnerable.”

“I believe that imposing these new travel restrictions will help. They will make a difference. That’s why I have advocated for these changes and enhanced federal quarantine enforcement, why the GTHA Mayors and Chairs supported stricter travel measures earlier this week, and why I have supported Premier Ford’s calls for mandatory testing at our airports,” he said.