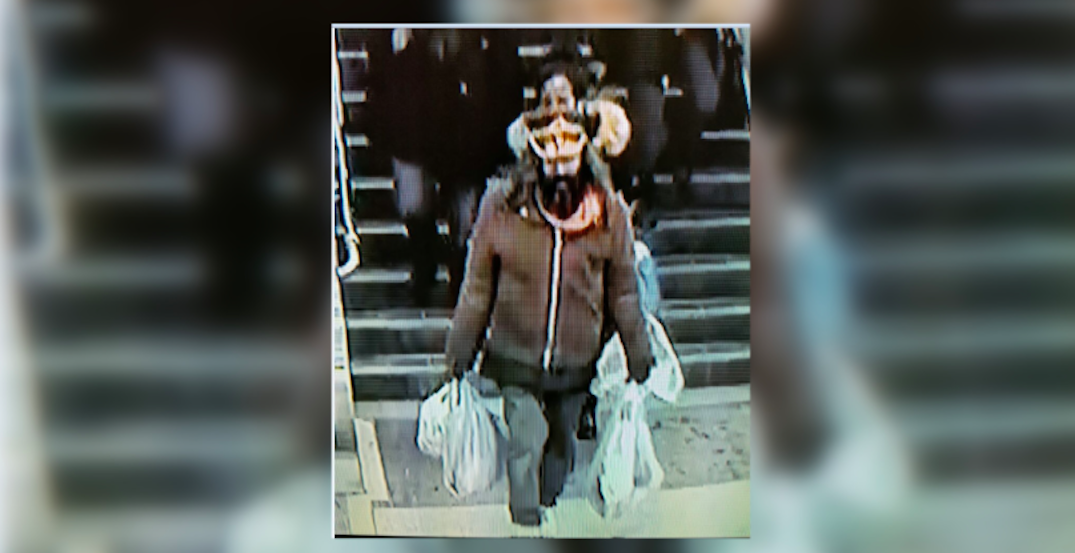 A man is wanted for allegedly trying to push someone on the subway tracks at Bathurst Station.

According to the Toronto Service Police, on Monday, November 18, officers were called to an assault at the subway station around 11:55 am.

Police say that the victim was at Bathurst Station on the eastbound subway platform, and as they walked toward the exit, the alleged suspect abruptly stepped in front.

Investigators say the man then grabbed the victim by both arms and tried to push them toward the subway tracks. Eventually, the victim was able to free themselves, exit the station ad contact the police.

The victim did not suffer any physical injuries, Toronto police say.

The alleged suspect is described as being 40-50 years old, 5’8″, dark chest-length wavy hair, dark full beard and moustache, wearing a sand coloured winter jacket with red and yellow coloured goggles on his head.