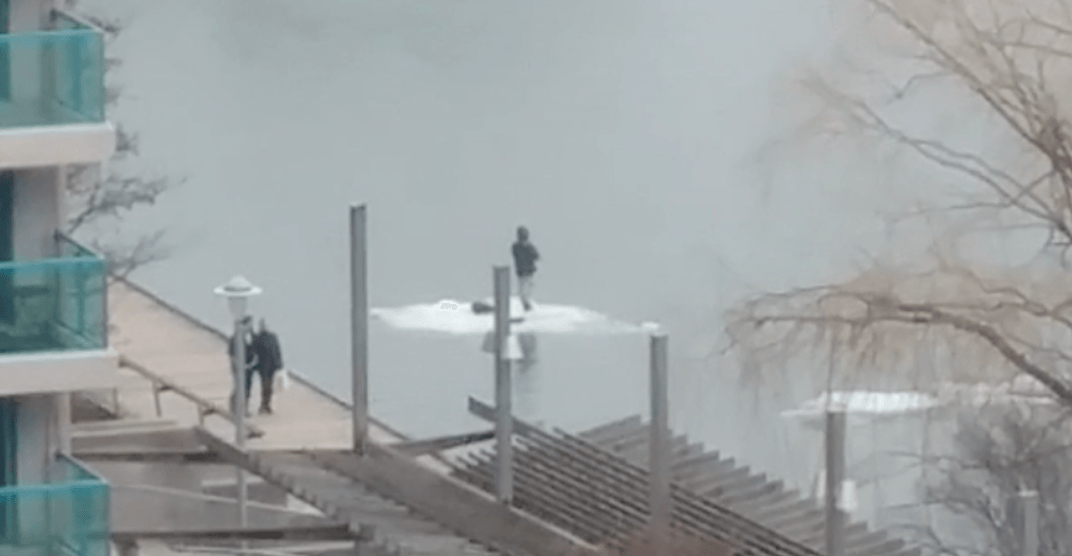 The latest culprit was spotted fishing on a small ice floe at Harbour Square Park along the harbourfront earlier this week.

A video of the incident was shared on Reddit Thursday afternoon, and it’s already caused quite the stir, as the internet can’t figure out how the daring fisherman actually managed to get onto the chunk of ice in the first place.

“There is definitely a paddle lying next to him. You can see the narrow handle and wide paddle part. It’s black,” wrote one Reddit user.

However, the original owner of the video said there was a shovel lying next to the man on the ice.

“Shortly after this was taken he somehow produced what looked like a shovel which he then used to paddle to shore,” wrote the video’s owner.

In the brief video, you can see the solo fisherman casting his rod on the chunk of ice, completely oblivious to the people walking along the harbourfront.

Daily Hive reached out to the Toronto Police for a comment but hadn’t heard back by time of publication.

However, in a previous statement, a spokesperson from Toronto Police said all ice on open bodies of water is unsafe and the public should avoid venturing out on it.