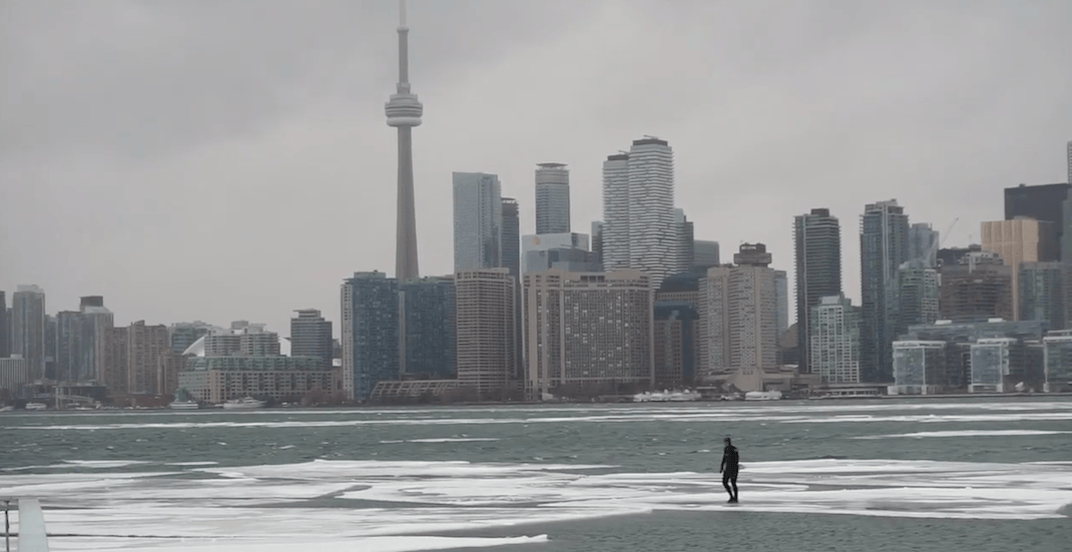 A man was captured making a risky crossing of Toronto’s frozen inner harbour during the height of Sunday’s winter storm.

The incident was filmed by Rafael Gatto, who said he was on Ward Island on Sunday afternoon when he noticed the man jumping across the middle of the frozen lake.

Gatto said it looked like the man was wearing a diving suit and that he was walking back to the island.

“I don’t know why he did it, when I noticed, he was already there,” said Gatto, before adding that he was a little scared for the man because the winds were so strong on the island on Sunday.

While it’s not totally uncommon to see people skating along the Toronto harbour, the recent warmup has resulted in parts of Lake Ontario dethawing, which makes this incident even more dangerous.

Luckily, Gatto said the man made it back to the island safe and sound.

A spokesperson from Toronto Police said all ice on open bodies of water is unsafe and the public should avoid venturing out on it.

“We had no calls to the Marine Unit over the weekend for persons on the ice.”