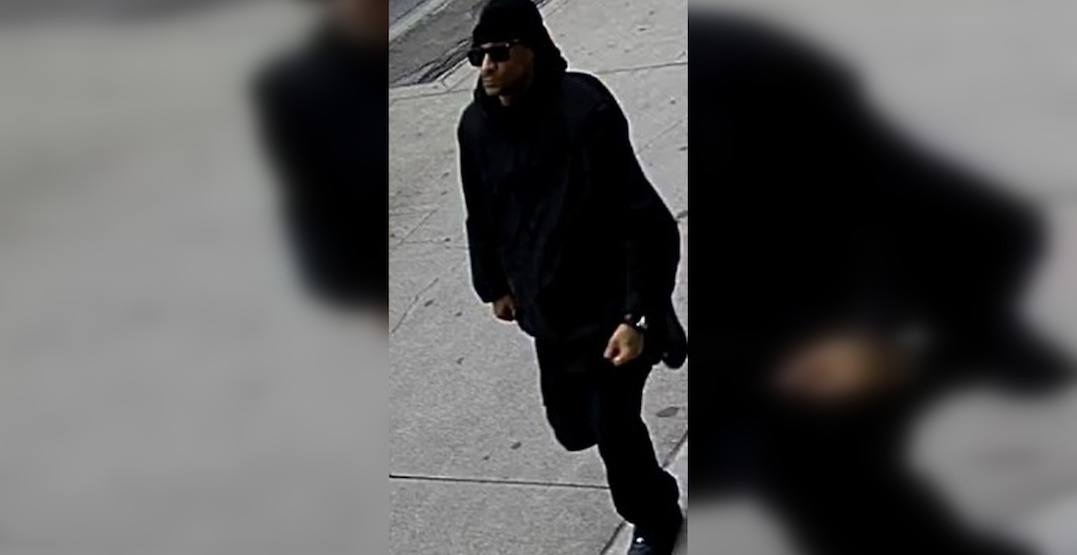 Toronto police are seeking the suspect of an unprovoked assault investigation.

On Friday, September 13, at approximately 10 am, officers responded to a report of an assault in the Spadina Avenue and Dundas Street West area.

It is alleged that a 35-year-old man was walking northbound on Spadina Avenue when an unknown man ran up behind him and punched him in the head.

Police say that the victim sustained injuries and received treatment in hospital.

The suspect is described as 6′ and medium build. He was wearing a black jacket with two large pockets on the front, a grey hoodie, sunglasses, and black pants.