York Regional Police investigators are trying to identify a suspect wanted for a theft of a purse in Vaughan.

According to police, on Wednesday, August 21, the victim was using the waterpark at Canada’s Wonderland.

Police say her backpack, which contained a purse, keys, and a mobile phone was stolen.

The investigation has since revealed that the suspect went to a Wendy’s located across the street from Canada’s Wonderland and purchased a Baconater using the victim’s stolen credit card.

Investigators are releasing images of the suspect and appealing to our community for any information that may assist with identifying him.

Can you help us ID this guy? He’s wanted for stealing a purse from inside the Canada’s Wonderland water park. Then he used the stolen credit card to buy a baconater. Call 866-876-5423 x7441 with any tips. Click the link for more info & photos–> https://t.co/J96qxOxmeP pic.twitter.com/syyWnbNgh3 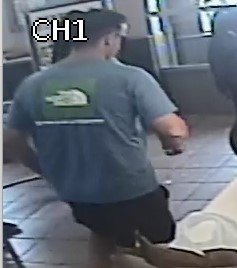 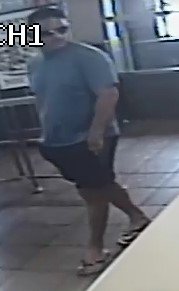