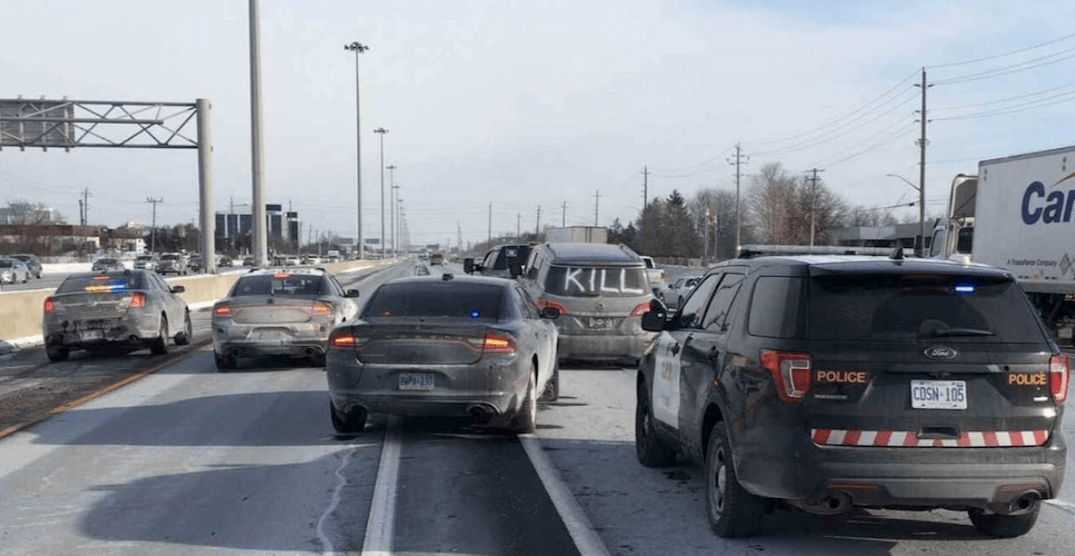 A man who wore a ski mask while driving a vehicle with the word ‘kill’ written on it is in custody.

According to OPP Sgt. Kerry Schmidt, the driver was stopped on the QEW following numerous complaints from the public. He will now undergo a mental health evaluation.

“The male is in custody undergoing a Mental Health evaluation,” said Schmidt.

Driver wearing a ski mask was stopped on the #QEW after numerous complaints from the public.
The male is in custody undergoing a #MentalHealth evaluation. pic.twitter.com/64xJ4NjOQs