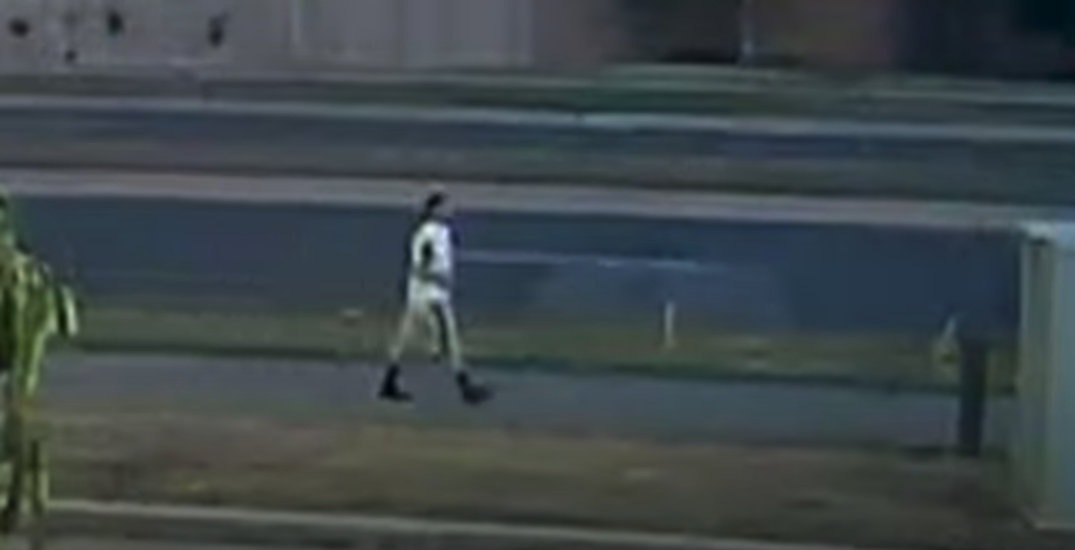 A 21-year-old man has been arrested for allegedly assaulting a woman in Whitby while out for a walk in July, according to Durham police.

Police say that on July 29, at about 10:25 am, officers found a woman near a creek,  southeast of the intersection of Taunton Road East and Anderson Street in Whitby.

The 50-year-old woman had serious injuries that police say were consistent with an assault.

According to police, the victim is currently in critical condition and remains in hospital.

Last week, Durham Police shared video footage of a man who is seen walking on the sidewalk, reportedly 150 feet behind her, and trying to keep up with her.

“The video depicts the Person of Interest walking westbound on Taunton Road in the vicinity of Anderson Street between 8:50 pm and 9 pm on Tuesday, July 28, 2020, following the 50-year-old female victim,” said police at the time.

Anthony Doiron-Francis has been arrested and charged with Attempted Murder, Aggravated Sexual Assault, and Aggravated Assault.

Police say they believe the attack was made at random.

“With the assistance of the Ottawa Police Service, the suspect was arrested on August 13 without incident. The suspect was not known to the victim and police believe this was a random incident,” Durham police said.

“DRPS would like to thank the Centre of Forensic Sciences, Ottawa Police, members of the media and the public for their assistance in this investigation.”

Durham Police ask anyone with possibly new information to contact Detective Gill Lock of the Major Crimes Unit at 1-888-579-1520 ext. 5418.