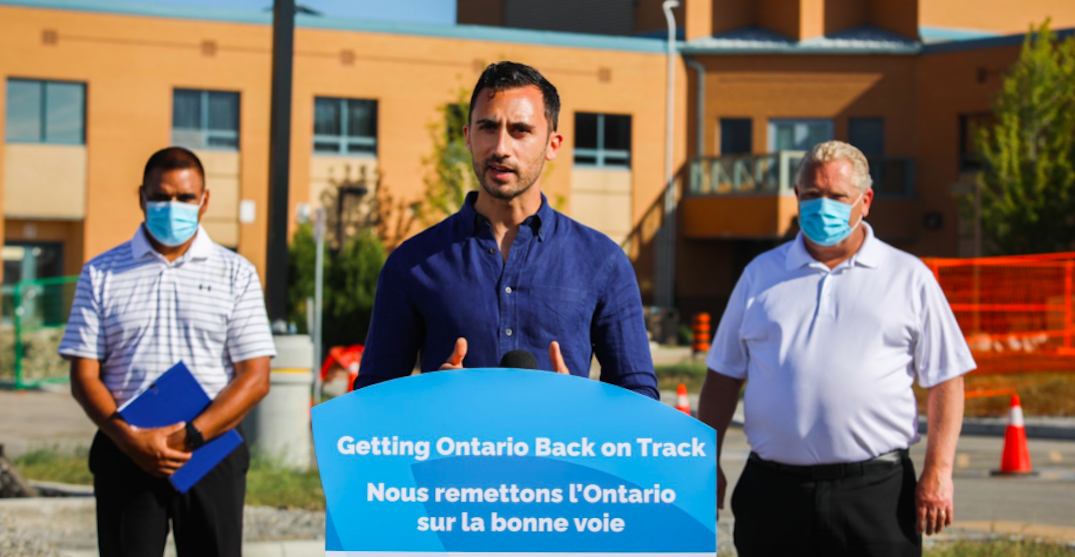 On Thursday, the unions released the letter right before Education Minister Stephen Lecce announced the province’s plan to provide $500 million more in funding, from reserve money, for school boards to use for better physical distancing in classrooms.

Lecce said his government is spending $900 million for a safe school return during the pandemic, adding “folks, we are pulling out all the stops.”

Since the plan was released, the main concerns have been on elementary classroom sizes not being reduced, causing concerns about maintaining proper physical distancing.

The letter, addressed to the Lecce and the labour minister, alleges the back-to-school plan violates the province’s own occupational health and safety legislation.

It states that the province is in the midst of a global pandemic, with “no conclusive science on how COVID-19 may infect children,” the rate at which they transmit the disease, or how transmission “interacts with indoor environmental factors” like ventilation and airflow.

“Absent scientific consensus on significant aspects of COVID-19’s biology or epidemiology, Ontario is obliged … to follow the precautionary principle and implement all reasonable measures necessary to reduce the risk that COVID-19 poses to our members’ health and safety in the workplace,” the unions’ letter reads.

The teachers’ unions say that the provincial plan does not provide adequate health and safety protections like smaller class sizes, proper ventilation in schools, and mandatory masking for younger students.

They emphasize it puts the school community in “significant and imminent danger.”

They have asked for a meeting with the minister of labour and representatives to discuss the issue by Friday, August 21.

The unions also noted that the plan was not developed with the proper input or consultation with the unions whose “members will be in the ‘front line’ of the school re-openings.”

“The direction does not meet basic and essential health and safety requirements and exposes our members to risks that threaten not just their own health and lives, but also, at a minimum, the health and lives of their students, and their family members. The safety of students cannot be separated from the safety of teachers and education workers in this context,” the letter adds.

When asked about the union’s concerns during Thursday’s press briefing, Lecce said the government’s plan has been guided by the province’s top doctor.

Chief Medical Officer of Health Dr. David Williams also said the plan is safe and that “we feel we are well prepared,” but noted it doesn’t mean outbreaks won’t occur.