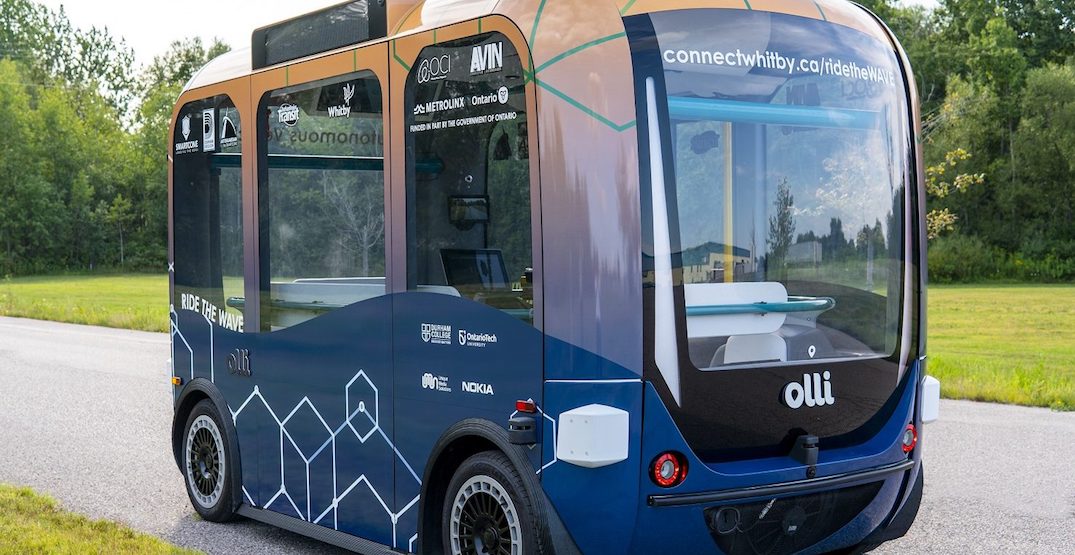 Transit riders in one GTA city can now hop on a self-driving bus free of charge to get themselves to the local GO Station.

The Whitby Autonomous Vehicle Electric (WAVE) has finally finished many weeks of testing and is ready to welcome passengers on board. The battery-powered shuttle bus travels a six-km route beginning and ending at the Whitby GO Stations. This is the first time in Canada that an autonomous shuttle will be fully integrated into an existing transit service.

But if you’re hoping to zoom down the streets in this self-driving bus, you’ll have to think again. The shuttle, also known as Olli, maxes out at 20 km/h while in autonomous mode. There will, however, be a driver on board who can take over manually if necessary. 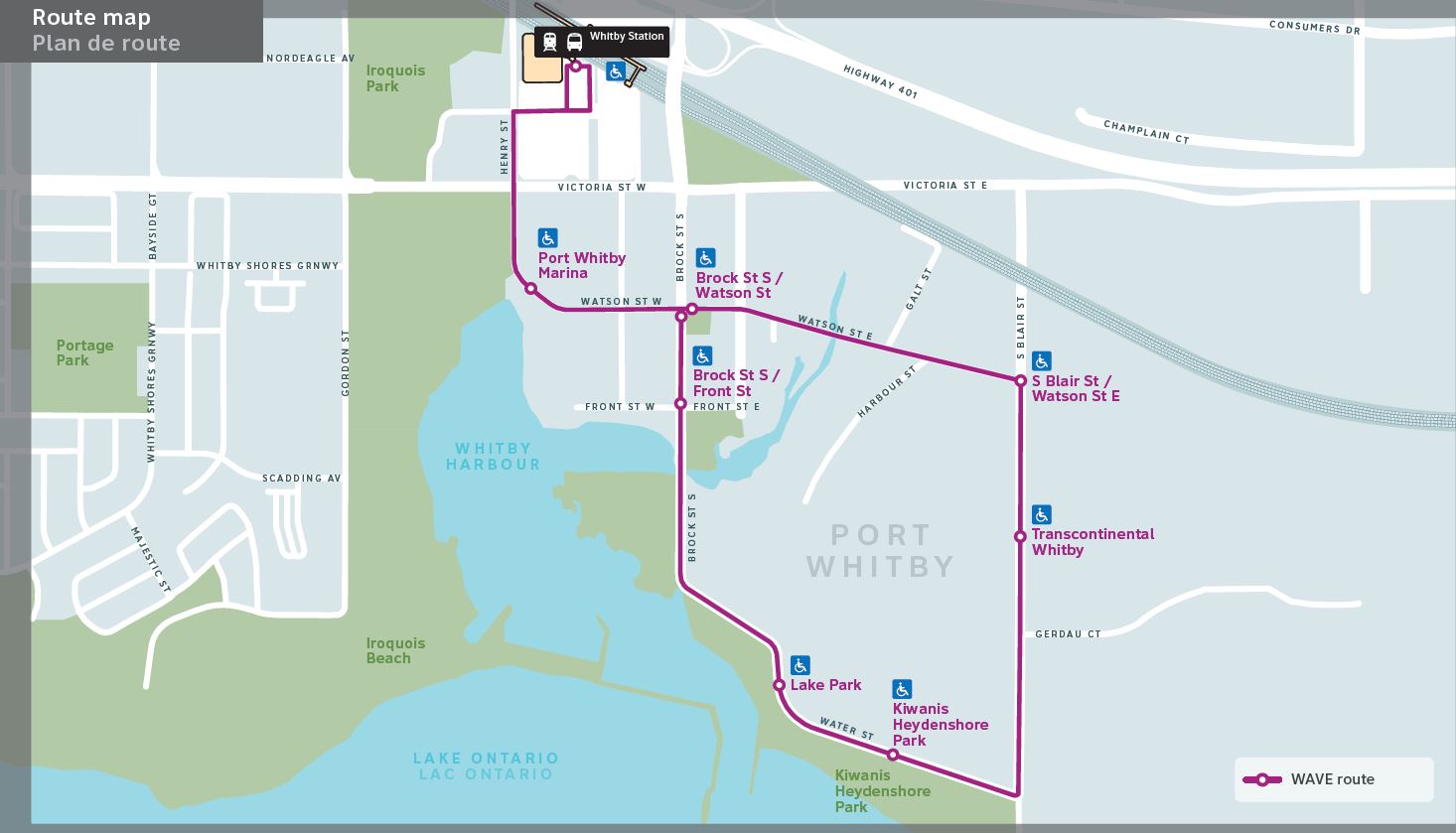 For now, the shuttle is only taking four passengers at a time. It will run on weekdays between 8:30 am and 3:30 pm and on weekends between 7 am and 7 pm — off-peak times in order to minimize traffic impacts.

The shuttle came about from a collaboration between Metrolinx, Durham Region Transit, the Town of Whitby, Durham Region, SmartCone, and AutoGuardian, who will analyze the shuttle’s outcomes over the coming months to see how it could potentially benefit the wider transit network.