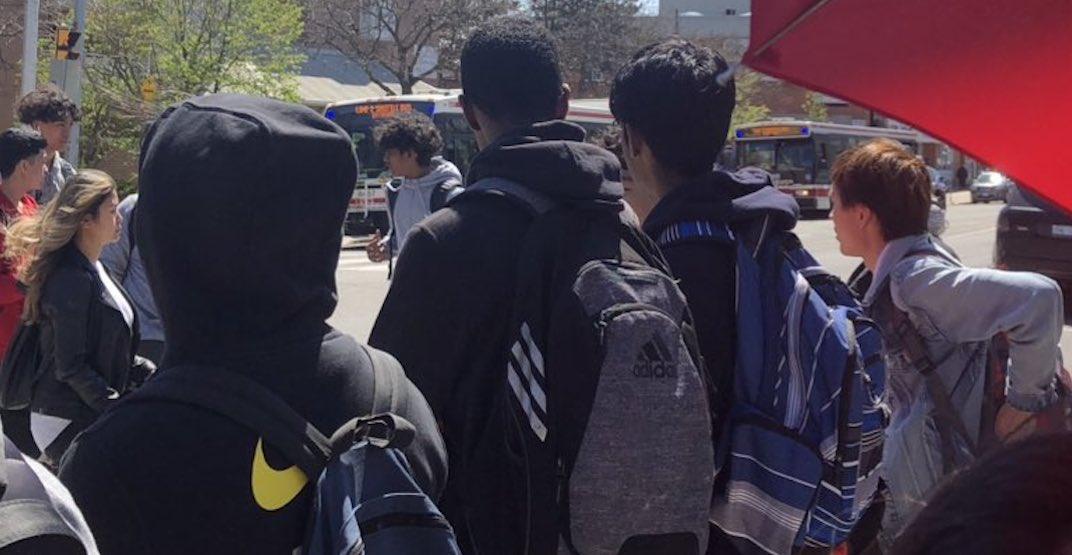 Another day, another TTC disruption.

Today isn’t even close to being over and it’s already been a rough afternoon for a number of Torontonians after a man jumped onto the TTC tracks, resulting in a major service suspension on Line 2.

According to the police, officers were called to Woodbine Station just before 2 pm on Tuesday after receiving reports of a fight.

Police say one of the men involved in the fight was dragged into the subway before running onto the tracks.

As a result, the power was cut on the tracks and trains were held.

During the incident, trains were held from Broadview all the way to Victoria Park, and shuttle buses were in service.

As all minor TTC service disruptions go, the incident resulted in a serious headache for commuters and many were left stranded at the station or waiting for a shuttle bus to arrive.

Been waiting for almost 35 minutes and only one shuttle bus with over 300 people waiting.

Guess who had to pay thirty dollars for a Lyft home from broadview station because I had a panic attack from the huge crowd screaming and pushing for shuttle bushes? 🙋🏼‍♀️ #ttc

People can’t even get on a bus at Greenwood going east. 5 bus have gone by. All packed

@TTChelps @TTCnotices uhmmmm? Where are our buses going to broadview? pic.twitter.com/0tCvBKhKfl

Why are shuttle busses taking forever? Some of us are trying to get to work on time….?

About an hour after the incident, normal service resumed on Line 2. However, Toronto police said they have not been able to locate the man, who they now say may have been involved in a robbery.

Officers are now searching for the suspect above ground.