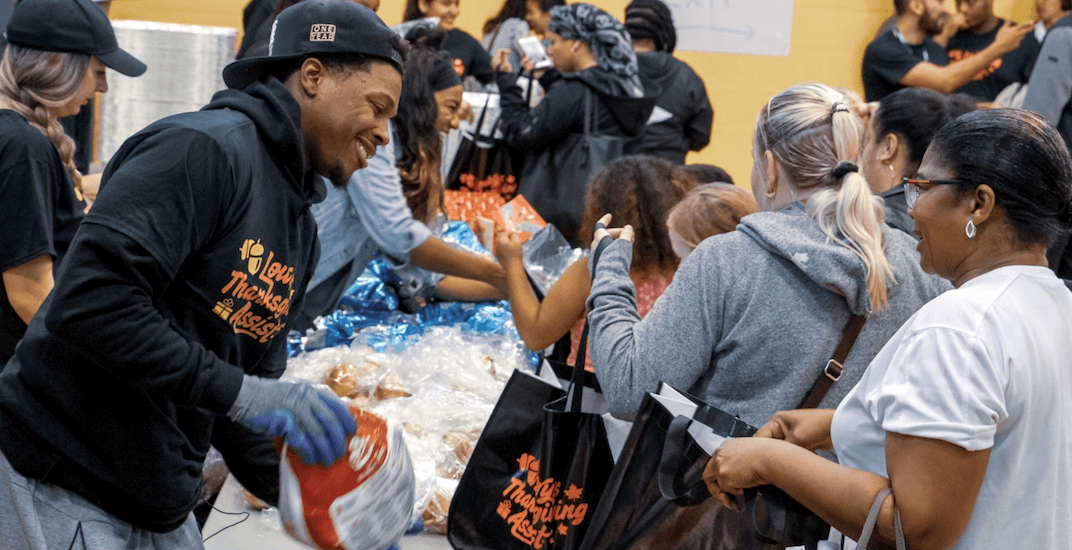 Kyle Lowry has been known to dish the basketball, but he’s also developing a reputation as a great distributor of food, too.

For the third consecutive year the Toronto Raptors’ All-Star, along with his wife Ayahna, distributed 325 meals to families in need ahead of Thanksgiving.

The Thursday night delivery at two locations impacted over 1,000 people in Toronto.

On behalf of the Lowry Love Foundation, they visited the John Innes Community Centre to distribute food to 200 families who are food insecure. Each family received a frozen turkey, turkey pan, box of stuffing, and a coupon for free bread, onions, and potatoes.

Stop #2: Serving up a hot Thanksgiving meal & providing groceries to families, including many who were affected by the fire at 650 Parliament St. in late August. #LowrysThanksgivingAssist pic.twitter.com/tYLxuVfslY

They then travelled to the Cabbagetown Youth Centre to serve a hot Thanksgiving meal and provide groceries to families (cans of soup, onions, potatoes, and coupons for free bread and fruits), including many who were affected by the six-alarm high-rise fire at 650 Parliament Street in August.

All children also received a Raptors giveaway item at both locations.

The Lowry Love Foundation was founded in 2013 and is committed to improving the lives of the underprivileged and disadvantaged of Toronto and Lowry’s hometown of Philadelphia in order to help them attain a better quality of life.