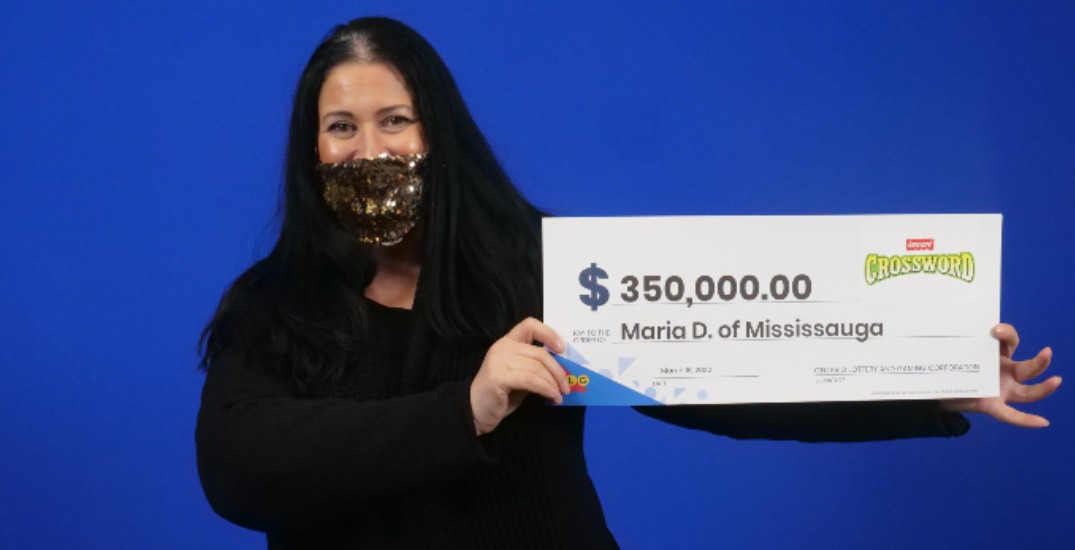 For Mississauga resident Maria Di Iorio, playing the OLG Instant Crossword has been a fun way to unwind for the past five years.

“Playing Crossword is my way to relax and have some fun,” she said, while at the OLG Prize Centre in Toronto to pick up her winnings.

Di Iorio, who works in the insurance industry, said that she thought she won $350.

She said that her sisters were equally shocked and happy when she shared the news with them.

Di Iorio said she plans to celebrate her win with her family and she’ll also be making plans to go on a vacation.

“I can’t even describe how blessed I feel,” she said.

The winning ticket was purchased at Variety Plus on Hurontario Street in Mississauga.

Patrick Hale, a 56-year-old building supervisor from Toronto, also recently picked up a massive cheque for his $30 million win. He said that he had been playing the lottery for 30 years when he finally hit the jackpot.

In addition to travelling and buying a house and a car, Hale said that he’s excited about pursuing his dream of becoming an inventor.

“I have some ideas that I can now bring to life and create some tools that will make life easier and the world a better place,” he said. “Hopefully there are a few patents in my future.”

The winning ticket was purchased at Petro Canada on Don Mills Road in North York.