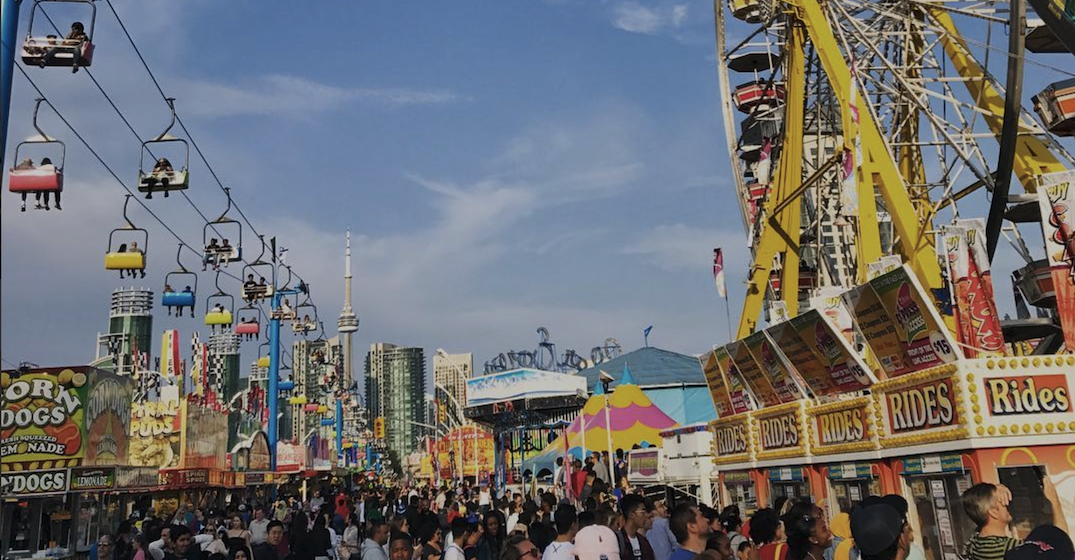 It’s the last long-weekend of summer!

Dance the night away at Electric Island’s closing weekend party, enjoy the cities most mouth-watering burgers at Le Burger Week, cheer for the incredible performances during the Canadian Air Show, and make your weekend memorable by enjoying some Labour Day fireworks.

Whether you prefer to spend your weekend inside or you would rather enjoy the weather, we’ve rounded up the perfect long weekend events for you in the city.

Where: Berkeley Street Theatre
When: Now until September 3

What: To celebrate Canada 150, Pearson International is hosting 150 free live music performances all summer long. If you’re at the airport or just looking to enjoy some incredible music, visit the YYZ Live stage in Terminal 1, International Arrivals, or the YYZ Live acoustic stage on the Terminal Link train platform.

Where: Pearson International Airport
When: Now until September 15

What: If you know you like your chicken friend and a cold beer on a Friday night, then you better put on your cowboy boots and head to the Budweiser Stage to catch the Zac Brown Band in concert.

Where: Downsview Park, 70 Canuck Avenue
When: September 1 to 4

Where: Ontario Place
When: September 1 to 4

Where: Mel Lastman Square
When: September 1 to 4

Where: Spencer Smith Park, 1400 Lakeshore Road
When: September 1 to 4

What: The sky over Ontario Place will come alive with a unique Drone Light Show performance. Hosted by the team at Arrowonics, the first company in Canada to produce a drone show of this kind.

Wha: Come and support more than 30 up and coming local artists as they perform in honour hip hop legend, Choclair.

What: Join us on a powerful journey towards peoplehood at OH! CANADA? – an interactive exhibit for all ages. Explore how our lives are shaped by relationship, story, and the places we inhabit. Open your mind to the past, your heart to the future, and discover the unfolding story of Canadian identity.

Where: MacDonald House, 121 Centre Street
When: September 2 to 3

What: If there’s a day to visit Canada’s Wonderland, Labour Day weekend would be it! Awesome rides and family fun all day, followed by an epic fireworks display.

Where: Canada’s Wonderland
When: September 3 at 10 pm

What: The Brewer’s Backyard is a fun afternoon soiree that gives you a chance to learn about, try and meet the people behind the best beer Ontario has to offer, in the casual and relaxed setting of historic Evergreen Brick Works.

Where: Evergreen Brickworks, 550 Bayview Avenue
When: September 4, 11 am to 5 pm

What: Savour the flavour of the south! Come and enjoy this free food festival that features Southern BBQs, brass bands, and much more.