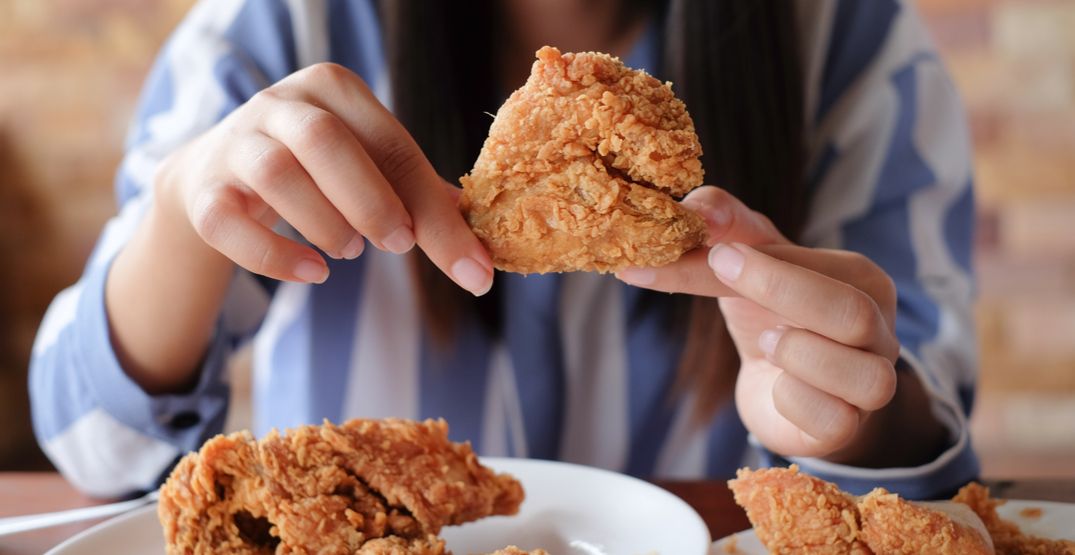 London Fried Chicken is opening soon on Lakeshore Boulevard West at Islington and according to the restaurant’s website, will introduce Torontonians to “something North American hasn’t tasted before.”

Owner Ash Rahman shares with Daily Hive that the concept is borrowed from the UK where fried chicken stores populate practically every corner and deal in a uniquely-flavoured fried chicken.

While the opening menu has yet to be unveiled, look we know that the range of sides will include onion rings, wedges, and another UK-inspired delicacy called the “cheese bowl: which sees a potato shell stuffed with various ingredients and a molten cheese centre.