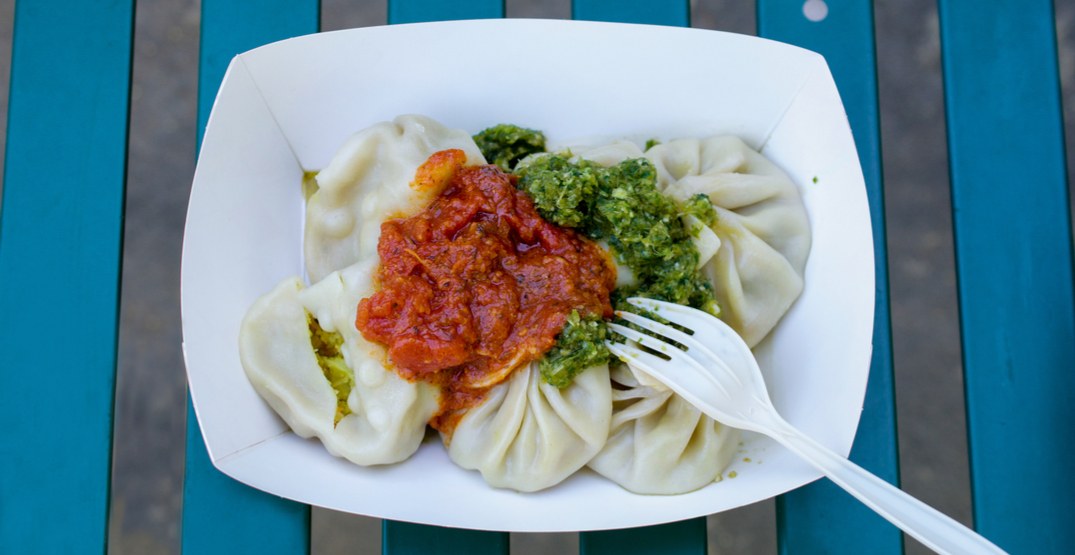 Nuit Blanche has unveiled its 2018 program and in addition to contemporary art installations scattered throughout the city, these year’s all-night art crawl will also include an International Dumpling Festival.

Billed as “a street-side public food court serving dumplings in multiple ethnic variations.” This installation from artist Ken Lum will showcase different types of dumplings found in cuisines from around the world.

Lum will collaborate with six Toronto food vendors to curate a menu of dumplings spanning the gamut of Jamaican patties and Finnish pies, Tibetan momos, Colombian empanadas, and Polish pierogis.

According to the official event listing, “accompanying the kiosks will be banners made by Lum that represent the vendors and their food, building off from the artist’s ongoing investigation of portraiture, language, and the public memorialization of marginalized communities. The proprietors will also be present at times throughout the evening to engage with audiences and share stories about their dumplings, their businesses and themselves.”

When reached for comment by Daily Hive, Lum shares that the “experience will be akin to an Asian night market,” but more modest in scale. “I’m after a slightly carnival atmosphere.”