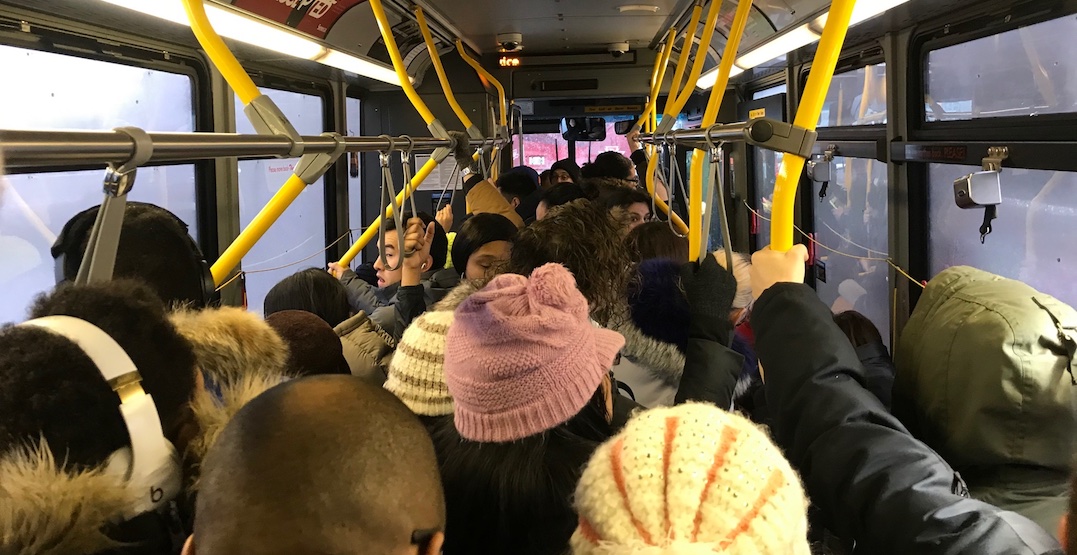 Note: Service has resumed on Line 1 between St. Clair West and Union stations, according to the TTC.

The TTC’s Line 1 is closed between St. Clair West and Union stations this morning due to a work car derailment that occurred at St. George station.

The TTC first advised of the situation at about 5:45 am on Thursday, and have been consistently sharing updates via Twitter since.

Line 1 Yonge-University: No service between St Clair West and Union due to a derailment at St George. Shuttle buses are running.

Shuttle buses are running, and customers may use GO Transit for the cost of TTC fare for the duration of the closure.

Further, customers are advised to use the 504 or 505 from Dundas West and Broadview, the 511 from Bathurst, the 510 from Spadina, and the 6 Bay to travel southbound from Line 2.

As a result of the delay on Line 1, customers may utilize the 504/505 from Dundas West & Broadview, the 511 from Bathurst, the 510 from Spadina, and the 6 Bay from Bay Station to travel southbound from Line 2.

Toronto police are warning of large crowds, and are asking commuters to be patient and find alternate routes.

CROWDS:
– due to subway being suspended, crowds are gathering at several locations on the subway lines
– please be patient, TTC has dispatched buses to assist
– expect delays
GO#303358
^ep2

This is the second time that the TTC has dealt with a derailment during rush hour in the last month.

Another incident occurred on Line 2 on January 22, when a partial derailment meant no service between Ossington and Jane stations for several hours.

What Today’s TTC closure brought on and this isn’t even half of it #ttcclosure #dobetter #TTC pic.twitter.com/TzfoUNd6hh