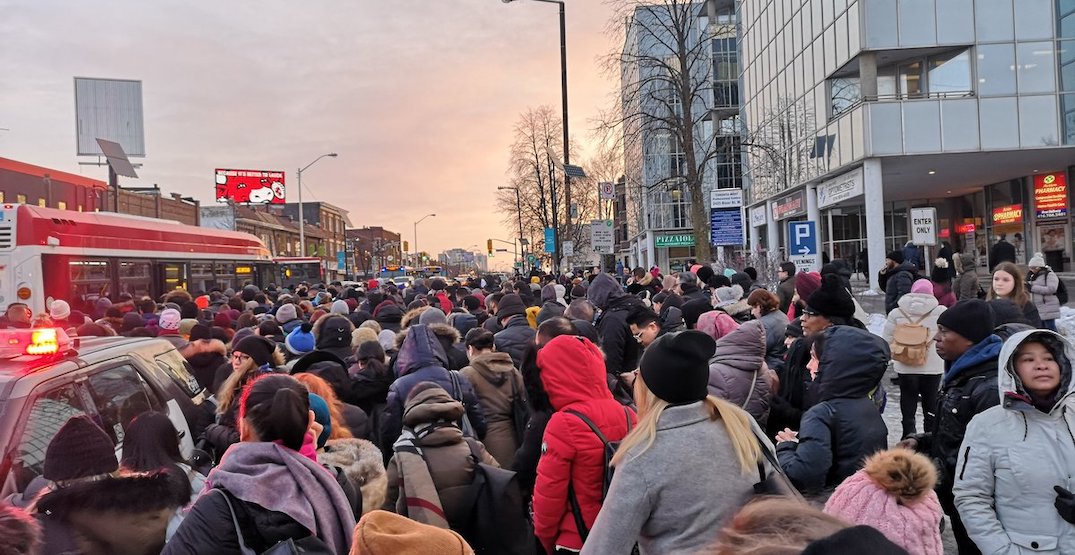 UPDATE: Just after 10:30 am, the TTC said that service has resumed on Line 2.

Service on Line 2 has resumed. This was a bad morning for our customers traveling into and out of the west end and for that we apologize. Thankfully, subway derailments, even partial ones, are rare, but we commit to finding the root cause to avoid a repeat.

Commuters were in for a major headache on Wednesday, as an early morning “partial derailment” caused the TTC to suspend service from Jane to Ossington on Line 2.

Just after 7 am, the TTC announced there was no service between Ossington and Jane while they “fix a mechanical problem.”

“This could take a while,” he said in a tweet.

This could take a while. Our track crews are on scene assessing. 100 buses ordered. If coming in from the west, recommend picking up GO at Kipling. You can ride on a TTC fare. https://t.co/V7t2xtaROt

Green later added that the crews reported a partial derailment, and said that “this will be a few hours to resolve.”

He also said there was still no ETA on service resuming.

Our crews are reporting a partial derailment of one of the middle cars of a train that was leaving Keele Yard. It was not in service. Currently assessing cause and rerailing plan but this will be a few hours to resolve. 100 shuttles ordered Jane to Ossington. GO protocol below. https://t.co/H6B48gVlNt

While the TTC did issue a number of warnings, commuters were still very upset as the delay resulted in overcrowding on a number of surface routes.

Hey Toronto City Council? Can we properly fund the TTC please? I need to get to work. pic.twitter.com/DrMJBOa682